Not to be confused with Bushmeat. 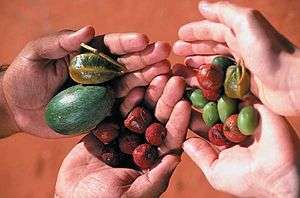 Bush tucker, also called bushfood, is any food native to Australia and used as sustenance by the original inhabitants, the Aboriginal Australians, but it can also describe any native fauna or flora used for culinary and/or medicinal purposes, regardless of the continent or culture. Examples of Australian native animal foods (meats) include kangaroo, emu and crocodile. In particular, kangaroo is quite common and can be found in Australian supermarkets, often cheaper than beef. Other animals, for example goanna and witchetty grubs, were eaten by Aboriginal Australians. Fish and shellfish are culinary features of the Australian coastal communities.

Aboriginal Australians have eaten native animal and plant foods for an estimated 60,000 years of human habitation on the Australian continent (see Indigenous Australian food groups, Australian Aboriginal sweet foods). Various traditional methods of processing and cooking are used. Toxic seeds, such as Cycas media and Moreton Bay chestnut, are processed to remove the toxins and render them safe to eat. Many foods are also baked in the hot campfire coals, or baked for several hours in ground ovens. "Paperbark", the bark of Melaleuca species, is widely used for wrapping food placed in ground ovens. Bush bread was made by males using many types of seeds, nuts and corns to process a flour or dough to make bread.

The recent recognition of the nutritional and gourmet value of native foods by non-indigenous Australians is introducing native cuisine to many for the first time. However, there are unresolved intellectual property issues associated with the commercialisation of bush tucker. 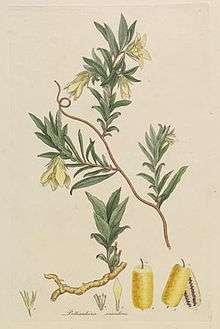 Bush tucker provided a source of nutrition to the non-indigenous colonial settlers, often supplementing meager rations. However, bushfoods were often considered to be inferior by colonists unfamiliar with the new land's food ingredients, generally preferring familiar foods from their homelands.

In the 19th century English botanist, J.D. Hooker, writing of Australian plants in Flora of Tasmania, remarked although "eatable," are not "fit to eat". In 1889, botanist Joseph Maiden reiterated this sentiment with the comment on native food plants "nothing to boast of as eatables."[1] The first monograph to be published on the flora of Australia reported the lack of edible plants on the first page, where it presented Billardiera scandens as, "... almost the only wild eatable fruit of the country".[2]

This became the accepted view of Australian native food plants until the late 20th Century. It is thought that these early assessments were a result of encountering strong flavours not generally suitable for out-of-hand eating, but these strong flavours are now highly regarded for culinary use.

The only Australian native plant food developed and cropped on a large scale is the macadamia nut, with the first small-scale commercial plantation being planted in Australia in the 1880s. Subsequently, Hawaii was where the macadamia was commercially developed to its greatest extent from stock imported from Australia.

In the 1970s non-indigenous Australians began to recognise the previously overlooked native Australian foods. Textbooks like Wildfoods in Australia by the botanist couple Cribb & Cribb were popular. In the late 1970s horticulturists started to assess native food-plants for commercial use and cultivation.

In 1980 South Australia legalised the sale of kangaroo meat for human consumption. Analysis showed that a variety of bushfoods were exceptionally nutritious.[3] In the mid-1980s several Sydney restaurants began using native Australian ingredients in recipes more familiar to non-indigenous tastes – providing the first opportunity for bushfoods to be tried by non-indigenous Australians on a serious gourmet level. This led to the realisation that many strongly flavoured native food plants have spice-like qualities.

Following popular TV programs on "bush tucker", a surge in interest in the late 1980s saw the publication of books like Bushfood: Aboriginal Food and Herbal Medicine by Jennifer Isaacs, The Bushfood Handbook and Uniquely Australian by Vic Cherikoff, and Wild Food Plants of Australia by Tim Low.

Bush tucker ingredients were initially harvested from the wild, but cultivated sources have become increasingly important to provide sustainable supplies for a growing market, with some Aboriginal communities also involved in the supply chain. However, despite the industry being founded on Aboriginal knowledge of the plants, Aboriginal participation in the commercial sale of bush tucker is currently still marginal, and mostly at the supply end of value chains. Organisations are working to increase Aboriginal participation in the bush tucker market. Gourmet style processed food and dried food have been developed for the domestic and export markets.

The term "bushfood" is one of several terms describing native Australian food, evolving from the older-style "bush tucker" which was used in the 1970s and 1980s.

TV shows made use of the bush tucker theme. Malcolm Douglas was one of the first presenters to show how to 'live off the land' in the Australian Outback. Major Les Hiddins, a retired Australian Army soldier popularised the idea of bush tucker as an interesting food resource. He presented a hit TV series called The Bush Tucker Man on the ABC TV network in the late 1980s. In the series, Hiddins demonstrated his research for NORFORCE in identifying foods which might sustain or augment army forces in the northern Australian Outback. 'NORFORCE' is a Regional Force Surveillance Unit of the Australian Army Reserve.

Ray Mears recently made a survival television series called Ray Mears Goes Walkabout which focused on the history of survival in Australia, with a focus on bush tucker. In the series, Les Hiddins was a guest in one episode, with the two men sharing their knowledge and discussing various aspects of bush tucker.

In the TV survival series "Survivorman" host and narrator, Les Stroud, spend time in the Australian outback, after successfully finding and eating a witchetty grub raw he found many more and cooked them, stating they were much better cooked. After cooking in hot embers of his fire, he removed the head and the hind of the grub and squeezed out thick yellow liquid before eating. 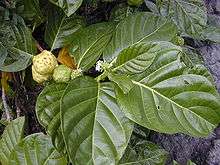 Arid and semi-arid zones of the low rainfall interior. 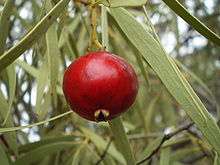 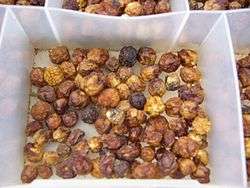 Subtropical rainforests of New South Wales to the wet tropics of Northern Queensland. 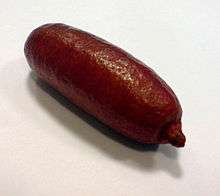 Warm and cool temperate zones of southern Australia, including Tasmania, South Australia, Victoria and the highlands of New South Wales.