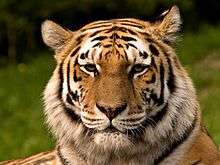 According to the National Wildlife Federation, wildlife in the United States gets a majority of their funding through appropriations from the federal budget, annual federal and state grants, and financial efforts from programs such as the Conservation Reserve Program, Wetlands Reserve Program and Wildlife Habitat Incentives Program.[3][4] Furthermore, a substantial amount of funding comes from the state through the sale of hunting/fishing licenses, game tags, stamps, and excise taxes from the purchase of hunting equipment and ammunition, which collects around $200 million annually.[5]

Wildlife conservation has become an increasingly important practice due to the negative effects of human activity on wildlife. An endangered species is defined as a population of a living species that is in the danger of becoming extinct because of several reasons.Some of The reasons can be, that 1. the species have a very low population, or 2. they are threatened by the varying environmental or prepositional parameters.

Fewer natural wildlife habitat areas remain each year. Moreover, the habitat that remains has often been degraded to bear little resemblance to the wild areas which existed in the past.Habitat loss—due to destruction, fragmentation and degradation of habitat—is the primary threat to the survival of wildlife in the United States. When an ecosystem has an ecosystem are some of the ways habitats can become so degraded that they no longer support native wildlife.

Today, the [Endangered Species Act] protects some U.S. species that were in danger from over exploitation, and the Convention on International Trade in Endangered Species of Fauna and Flora (CITES) works to prevent the global trade of wildlife. But there are many species that are not protected from being illegally traded or over-harvested.

Wildlife conservation as a government involvement

In 1972, the Government of India enacted a law called the Wild Life (Protection) Act.The World Conservation Strategy was developed in 1980 by the "International Union for Conservation of Nature and Natural Resources" (IUCN) with advice, cooperation and financial assistance of the United Nations Environment Programme (UNEP) and the World Wildlife Fund and in collaboration with the Food and Agriculture Organization of the United Nations (FAO) and the United Nations Educational, Scientific and Cultural Organization (Unesco)"[9] The strategy aims to "provide an intellectual framework and practical guidance for conservation actions."[9] This thorough guidebook covers everything from the intended "users" of the strategy to its very priorities. It even includes a map section containing areas that have large seafood consumption and are therefore endangered by over fishing. The main sections are as follows: 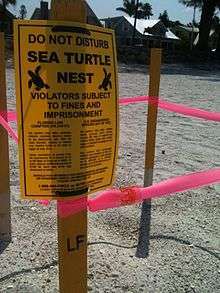 As major development agencies became discouraged with the public sector of environmental conservation in the late 1980s, these agencies began to lean their support towards the “private sector” or non-government organizations (NGOs).[10] In a World Bank Discussion Paper it is made apparent that “the explosive emergence of nongovernmental organizations” was widely known to government policy makers. Seeing this rise in NGO support, the U.S. Congress made amendments to the Foreign Assistance Act in 1979 and 1986 “earmarking U.S. Agency for International Development (USAID) funds for biodiversity”.[10] From 1990 moving through recent years environmental conservation in the NGO sector has become increasingly more focused on the political and economic impact of USAID given towards the “Environment and Natural Resources”.[11] After the terror attacks on the World Trade Centers on September 11, 2001 and the start of former President Bush’s War on Terror, maintaining and improving the quality of the environment and natural resources became a “priority” to “prevent international tensions” according to the Legislation on Foreign Relations Through 2002[11] and section 117 of the 1961 Foreign Assistance Act.[11] Furthermore, in 2002 U.S. Congress modified the section on endangered species of the previously amended Foreign Assistance Act.

Many NGOs exist to actively promote, or be involved with wildlife conservation: