Woluwe-Saint-Pierre (French pronunciation: ​[wolywe sɛ̃ pjɛːʁ][2]) or Sint-Pieters-Woluwe (Dutch, pronounced [sɪnt ˈpitərs ˈʋoːlyʋə]) is one of the nineteen municipalities located in the Brussels-Capital Region of Belgium. It is mostly a well-to-do residential area, which includes the wide, park-lined, Avenue de Tervueren and the numerous embassies located near the Montgomery Square. Of the three rivers that once crossed the municipality, only the Woluwe, a tributary of the Senne, can still largely be seen today.

Middle Ages to Albert and Isabella

The first appearance of the name Wolewe dates from 1117 and can be found in a charter from Forest (Vorst in Dutch). At that time, the original hamlet and its farms were dependencies of the abbey of Park near Leuven. The onset of difficulties can be traced to the middle of the 16th century, with the hostilities waged by Philip II of Spain against the heretical Protestants and the ensuing poverty and famine took their toll on the entire population. Safety and prosperity returned under the reigns of Archdukes Albert and Isabella at the beginning of the 17th century. The first highway linking Tervuren to Brussels, then known as the “Street of the Duke”, dates from that period.

The French Revolution was also a troubled period for Woluwe-Saint-Pierre – Sint-Pieters-Woluwe. The roads became insecure; the religious freedoms were drastically curtailed; much of the local wild life was exterminated for food; and the lack of coal and wood forced people to use peat for heating. The local administration gained its independence from Brussels, obtained its first mayor on May 26 and its first municipal council in 1819. The commercial opportunities that opened up to the new commune marked the start of a new era of wealth. The city did not expand very fast, however, until the last two decades of the 19th century. New roads, such as the Tervuren Avenue, a new train track, imposing mansions, such as the “Stoclet Palace”, and the Woluwe Park were all built or designed between 1880 and 1910. An important race track, now demolished, was built in 1906. The residential areas came into being right after the First World War and further urbanization took place after the Second World War. Today, agriculture and fisheries, common before 1918, have completely disappeared. The area lives nearly exclusively off the service sector of the economy. 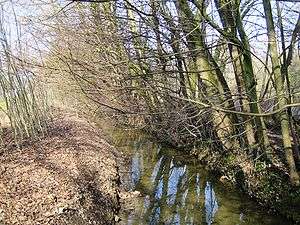