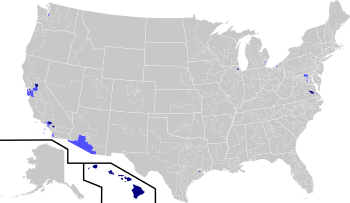 Map of House caucus members during the 113th Congress.
Leadership and executive board members
Associate members