Harvard Faculty of Arts and Sciences 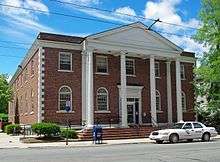 The Faculty of Arts and Sciences, Harvard (also known as FAS) is the largest of the seven faculties that constitute Harvard University.

Headquartered principally in Cambridge, Massachusetts and centered in the historic Harvard Yard, FAS is the only division of the university responsible for both undergraduate and graduate education. The Faculty of Arts and Sciences is responsible for the courses offered at Harvard College, the Harvard Graduate School of Arts and Sciences, and the Harvard Extension School. It is currently headed by Dean Michael D. Smith, Gordon McKay Professor of Computer Science and Electrical Engineering within FAS.

As of October 2003, FAS comprised approximately 700 tenured professors, untenured associate professors and assistant professors, and an additional 300 part-time lecturers in some 30 academic departments and programs in the humanities, the social sciences, the natural sciences, the applied sciences and engineering. There are 6,500 full-time undergraduates (Harvard College) and 3,500 graduate students (Harvard Graduate School of Arts and Sciences). The Harvard Division of Continuing Education welcomes more than 25,000 students annually in its open enrollment courses; its admitted degree programs include about 600 undergraduates and 1,200 graduate students. In fiscal year 2003, FAS has an operating budget of $698 million and revenue of $800 million. As of June 2003, the FAS endowment had a market value of $8 billion. Harvard's total endowment now stands at $32.3 billion.[1]

In addition, FAS includes 35 research centers, institutes, and interdisciplinary programs, and eleven museums. The Harvard College Library, which is also part of FAS, consists of eleven major libraries, including the Harry Elkins Widener Memorial Library, and holds some 9 million volumes.

The dean of the Faculty of Arts and Sciences is the chief administrative and academic officer of FAS, responsible to the president and provost of Harvard University for all aspects of the division's operations, including budgets, planning, support services, faculty appointments, curricula, student affairs, and fundraising. The dean is appointed by the president with the approval of the university's two governing boards, the Harvard Corporation and the Harvard Board of Overseers, and serves at the pleasure of the president. The dean of FAS is invariably drawn from the ranks of the tenured faculty in the division. The current dean, Michael D. Smith, a professor of Computer Science and Electrical Engineering, assumed the position in July 2007. The deans of GSAS, SEAS, Harvard College, and Continuing Education report to the dean of FAS, as do various academic deans, administrative deans (including those responsible for finance, development, faculty personnel policy, undergraduate admissions and financial aid), and the directors of various research centers and institutes.