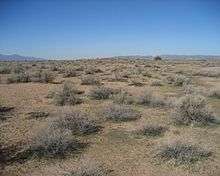 The Hohokam Pima National Monument is an ancient Hohokam village within the Gila River Indian Community, near present-day Sacaton, Arizona. The monument features the archaeological Snaketown, designated a National Historic Landmark in 1964.[3] The area was further protected by declaring it a National Monument in 1972, and was listed on the National Register of Historic Places in 1974.

The site is owned by the Gila River Indian Community, which has decided not to open the area to the public.[4] The museum at the nearby Casa Grande Ruins National Monument, in Coolidge, Arizona, contains artifacts from Snaketown. There is no public access to the Hohokam Pima National Monument.

Snaketown was first excavated in 1934 by the Gila Pueblo Foundation, under the direction of Harold S. Gladwin. Between 1964-1965, a second excavation was led by Emil Haury, assistant director of Gila Pueblo, with assistance from E.B. Sayles, Erik K. Reed, and Irwin and Julian Hayden. The two expeditions discovered that the site contained more than sixty midden mounds. A central plaza and two ovel shaped fields were surrounded by pit houses, and an elaborate irrigation system fed the nearby fields in which beans, maize and squash were grown. The Hohokam practiced cremation, and the expedition excavated up to eight areas which could have been used as crematoria. Industries producing pottery and shell jewellery also existed and the settlement had trade links with Mesoamerican societies, evidenced by copper bells and figurines.

Most archaeological excavations have been backfilled to protect the site for future research. However, a scale model of the original Snaketown community is held at the Heard Museum in Phoenix, while artifacts from excavations are housed in the Arizona State Museum.

This site is a significant example of the Hohokam culture, which lived in the broader area from about 1 CE until approximately 1500 CE. Snaketown, contained in a one-half mile by three-quarters mile piece of property, was occupied by Hohokam people during the Pioneer and Early Sedentary stages (approximately 300 BCE to 1100 CE). Early in the Classic Period (1150 CE - 1400/1450) the community of Snaketown, once apparently central to the broader Hohokam culture, was suddenly abandoned. Parts of its structure were burned, and the site was not reoccupied.

The Hohokam were farmers, even though they lived in an area with dry sandy soil, rugged volcanic mountains and slow running rivers. They grew beans, squash, tobacco, cotton and corn. The Hohokam made the sandy soil fertile by channeling water from the local river through a series of man-made canals. Woven mat dams were used to channel river water into the canals. The canals were generally shallow and wide, reaching up to ten miles in length.

Most of the population lived in pit houses, carefully dug rectangular depressions in the earth with branch and mud adobe walls supported by log sized corner posts. These pit houses were similar to those constructed by the neighboring Mogollon pueblo people, but were larger in size and made with a more shallow depression.

The oval shaped fields at Snaketown were identified as ballcourts at the time of excavation. Each was about 60 metres (200 ft) long, 33 metres (108 ft) apart, and 2.5 metres (8.2 ft) high. In 2009 it was suggested that the shape of an oval bowl with curved sides, and the uneven embankments on the long sides, are unsuited for any kind of ball game. However, they correspond with dance floors of the Tohono O'odham (Papago) people, used for their Vikita ceremonies until at least the 1930s.[5]

Snaketown's pottery was generally homogeneous during the periods of its occupation. However, most specialists agree that pottery samples contain elements implying the presence two different, but probably related groups, over time.