Holbæk is a town in Denmark and the seat of Holbæk municipality with a population of 26,961 (1 January 2015).[1] The city is located in the northeastern part of Region Sjælland, Denmark.

Holbæk is on Zealand, on the banks of Holbæk Fjord, an inlet of the larger Isefjord. Holbæk is a commercial and industrial center for the surrounding area. By rail, Holbæk is served by Danske Statsbaner's line from Roskilde to Kalundborg, which runs through the city. Vestsjællands Lokalbaner connects Holbæk by rail to Nykøbing Sjælland. The city serves as a major hub for the Movia bus routes. Holbæk has an active commercial seaport that serves as the harbor for the ferry to Orø (island). Near the harbor there is a substantial marina. 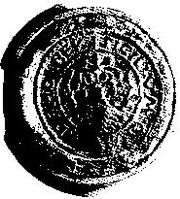 Holbæk is first mentioned in official documents in Absalon's letter of June 8, 1199, in which he granted the majority of his estates to Sorø Klosterkirke in Sorø. It was called Holbækgaard, a larger farm belonging to a nobleman, around which the city would eventually develop.

Next it appears in Valdemar the Victorious' book of properties (see Kong Valdemars Jordebog on the Danish Wikipedia) in 1231. Valdmar broke ground for Holbæk Slot (Holbæk Castle) in 1236.

Holbæk clearly grew from then on but is not mentioned again until around 1400 when Margaret I came for a court proceeding that granted her territories in Jutland. The event may have triggered the creation of the first city seal which shows the three trees by the water that are the prominent features of the current seal.

Culturally, Holbæk can be noted for Musikhus Elværket, a converted power station that serves as a concert venue for modern music.

The city is home to Holbæk B&I the local football club.

This article is issued from Wikipedia - version of the 6/25/2016. The text is available under the Creative Commons Attribution/Share Alike but additional terms may apply for the media files.