Horsens is best known for its culture and entertainment events. Horsens New Theatre is a cultural centre which holds over 200 events annually. It has managed to draw major names such as Bob Dylan, Madonna and The Rolling Stones.

Horsens lies at the end of Horsens Fjord in eastern Jutland. The city is surrounded by typical moraine landscape with low hills and valleys created by glaciers during the last ice ages. Horsens is 50 km (31 mi) south of Aarhus and 30 km (19 mi) north of Vejle, and approximately 200 km (120 mi) from Copenhagen.

It is believed the name Horsens derives from the old Danish words hors (horse) and næs (naze, headland). From the 12th century the name Horsenes is known.

The earliest traces of a city are remains of a pagan burial site and houses dating back to the 10th century. In the 12th century, the kings Sweyn III and Valdemar I issued coins in the city. In the 13th century the city got its own legal code.

Excavations have shown that the city was expanded around 1300, with a moat going around the city and its harbour. Industrialization started from the middle of the 19th century. The population rose dramatically when people from the countryside moved to the city to work in the factories. The first Danish iron foundry outside of Copenhagen was opened as well as tobacco and textile factories.

The city is currently undergoing a positive development with new industry moving to Horsens, or expanding their activities already in Horsens. A lot of electronics and graphical companies are based there. Horsens also has the only Industrial Museum in Denmark. The city is also home to VIA University College.

One of the largest cultural events in Denmark is the annual European Medieval Festival on the last Friday and Saturday in August. The town centre of Horsens is transformed into the largest medieval market town in Northern Europe with activities and entertainment for families and children of all ages.

The city is home to Horsens Industrimuseum, a museum showing the history of the industrial society. The museum shows technological development and developments in living conditions for workers.

European route E45 runs by the city of Horsens.

Peter Sørensen from the Social Democrats is mayor of Horsens. 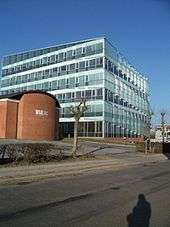 The largest educational institution in Horsens is VIA University College offering a wide range of mostly technical educations.

Horsens is the home to professional football club AC Horsens who play in the Danish Superliga. Their home ground is the 10,400 capacity CASA Arena Horsens.

The last execution in peacetime in Denmark happened in the prison in 1892 when Jens Nielsen was decapitated in the courtyard.

Carl August Lorentzen was a safe cracker who became famous for his escape from the prison in 1950 when he dug a tunnel from his cell and out to freedom. When the guards discovered he was missing they found a note from him with the words "Where there is a will there is a way". Lorentzen was captured a few days later on a nearby farm.

The old run-down buildings were not fit for a modern prison. In 2006 the prison was closed and the newly built State Prison of East Jutland was opened. The new prison, which is placed near Horsens, held the mass murderer Peter Lundin for a period.[3]

Since its closure as a prison, Horsens Statsfængsel has housed a crime and prison museum, and conference and business facilities. The prison grounds have been used for concerts.[4] It was considered as the venue of the Eurovision Song Contest 2014, along with two other cities in Denmark.

VisitHorsens (the local tourist office) moved to the Prison in 2013 and in 2015 a hotel called SleepIn has opened in the Prison. 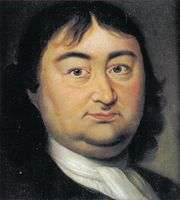 Horsens is twinned with: