Some trains on both lines terminate and originate at this station. 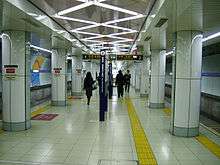 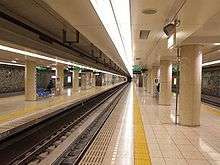 Platforms 2 and 3 serve the same track, with some trains terminating and starting here.

This article is issued from Wikipedia - version of the 12/22/2015. The text is available under the Creative Commons Attribution/Share Alike but additional terms may apply for the media files.