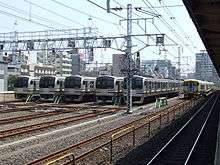 JR Sōbu Line trains stabled next to the station platforms during the daytime, August 2007 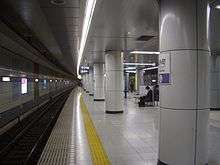