The predominant culture of the Southeast has its origins with the settlement of the region by British colonists and African slaves in the 17th century, as well as large groups of English, Scots and Ulster-Scots, Germans, French, and Acadians in succeeding centuries.

The Southeastern part of the United States is dominated by different varieties of the humid subtropical climate, but southern Florida such as the Miami metropolitan area has a tropical monsoon climate due to the significantly warmer winters. Summers are generally very hot throughout the entire region with relatively small temperature differences for July throughout the region, as proven by Miami's July high being 90.9 °F (32.7 °C) with even a coastal area as north as in Virginia Beach recording close to 88 °F (31 °C) on average that time of the year.[5][6] With tropical air masses influencing the region precipitation is high throughout the year, and unlike more westerly areas on similar latitudes the Southeast is lush with vegetation. The tropical air masses do however cause significant hurricanes such as Hurricane Andrew (1992) and Hurricane Katrina (2005) wreaking havoc and causing significant damage to coastal areas.

The Southeast has changed dramatically in the last two generations. Since 1980, there has been a boom in its service economy, manufacturing base, high technology industries, and the financial sector. Examples of this include the surge in tourism in Florida and along the Gulf Coast; numerous new automobile production plants such as Mercedes-Benz in Tuscaloosa, Alabama; Hyundai in Montgomery, Alabama; Toyota Motors in Blue Springs, Mississippi; Kia in West Point, Georgia; the BMW production plant in Greer, South Carolina; Volkswagen in Chattanooga, Tennessee; the GM manufacturing plant in Spring Hill, Tennessee; and the Nissan North American headquarters in Franklin, Tennessee; the two largest research parks in the country: Research Triangle Park in the Triangle area of North Carolina (the world's largest) and the Cummings Research Park in Huntsville, Alabama (the world's fourth largest); and the corporate headquarters of major banking Paper]] and Verso Paper in Memphis, as well as FedEx, which is one of the world's largest shipping companies. Fortune 500 companies having headquarters in the region included 20 in Virginia, 16 in Florida, 15 in North Carolina, and 14 in Georgia. This economic expansion has enabled parts of the South to have of some of the lowest unemployment rates in the United States.[7] In Alabama there is a large-scale manufacturing project owned by the German steel megacorporation Thyssen-Krupp, which operates a massive, state-of-the-art facility in Mobile.

Research Triangle Park, in the Raleigh-Durham urban area of North Carolina, has emerged as a major hub of technology, governmental, and biotechnological research and development, as has the Virginia BioTechnology Research Park in Richmond. The Cummings Research Park in the Huntsville, Alabama area is the second largest research complex in the nation. Located in Huntsville is the Redstone Arsenal, United States Army Missile Command, the U.S. Space and Rocket Center, NASA's Marshall Space Flight Center and many other key government, military, and aerospace agencies. The National High Magnetic Field Laboratory in Tallahassee, Florida is the largest laboratory in the world devoted to the study of magnetism. The University of South Carolina is currently constructing a research campus in downtown Columbia, and the university is the nation's only National Science Foundation-funded Industry/University Cooperative Research Center for Fuel Cells.[8] 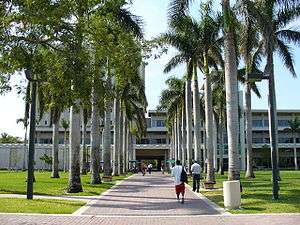 The region is home to the most historically black colleges and universities in the nation. The three largest in the region are North Carolina A&T University, Florida A&M University, and Jackson State University (in Jackson, Mississippi).

These are the metropolitan areas of the Southeastern region which exceed 1 million in population according to the United States Census Bureau's 2013 estimates:[11]

Beyond Megalopolis by Virginia Tech's Metropolitan Institute, an attempt to update Jean Gottmann's work with current trends, defines two "megapolitan areas" contained within the Southeast, out of a total of ten such areas in the United States:

Two others tie some areas on the margins of the Southeast to urban centers in other regions:

These are the combined statistical areas of the Southeastern region which exceed 1 million in population according to the United States Census Bureau's 2013 estimates. Note that the metropolitan areas of Tampa and Richmond are not included in any CSA's so they are included in the table without constituent areas:[11]

There are about two million feral pigs in the Southeast. Around 500,000 are in Florida.[12]