In April 2014, in the midst of what The Chronicle of Higher Education characterized as "significant turmoil" and Diverse: Issues in Higher Education described as "financial problems...stemming from a loss in enrollment and revenue," the university's board of trustees fired university president Dianne Boardley Suber one month prior to her planned retirement. At the same time, the board reinstated two senior employees that Suber had recently fired. Suber had led the university for nearly 15 years.[3][4]

Dr. Everett Ward was appointed President in 2015 after serving as interim President since 2014.[5]

Saint Augustine’s University was the nation’s first historically black college to have its own on-campus commercial radio and television stations (WAUG 750 AM, WAUG-TV 8, and Time Warner cable channel 10). It is also the only school in the Raleigh/Durham area to offer a degree in film production.

Of the 5 colleges in the Western world which have awarded honorary degrees to controversial Zimbabwean president Robert Mugabe, Saint Augustine's College is one of only 2 which has not revoked the award (in this case, a Legum Doctor).

In 2011, the university barred a student from participation in the 2011 commencement exercises because of a negative comment he had made on the College's Facebook page.[6][7] Shortly thereafter, the student initiated a lawsuit against the College in North Carolina State Court[8][9] which was later settled out of court.[10]

In the summer of 2013, local news affiliates reported that two convicted murderers had been hired by the university to work for a children's summer camp.[11] Although the university defended the employees as "exemplary employees and productive members of the community,",[12] the university reassigned them.[13]

In recent years, the university's annual enrollment has approximated 800-1000 students, about half from North Carolina, the remainder from 37 states, the District of Columbia, the U.S. Virgin Islands, Jamaica, and 30 other foreign countries. Its faculty consists of nearly 100 persons.

The mission of "The Gateway Lifelong Learning Program" is to offer non-traditional, continuing and alternative academic educational opportunities for adult learners. The Gateway Program is designed to give working, non-traditional and community college transfer students an option to pursue a degree and / or personal/professional development. These academic programs address the learning needs of employed adults who prefer an educational delivery system that is participatory and experientially related to the workplace. An example of an educational program consistent with the lifelong learning philosophy is the Organizational Management (OM) major, which is offered through the university's Gateway Program. This unique program offers an ideal alternative academic opportunity for the employed adult to complete the Bachelor of Science degree in an accelerated format while attending classes during the evening each week. 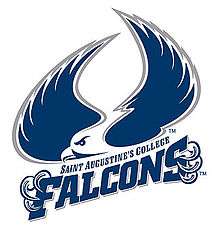