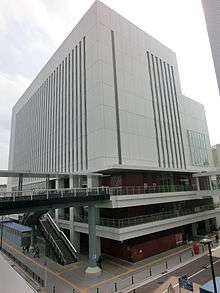 Totsuka Ward is located in eastern Kanagawa Prefecture, and in the center-western area of the city of Yokohama. The area is largely flatland, with scattered small hills. The Kashio River passes through the Ward.

The area around present-day Totsuka Ward has been inhabited for thousands of years. Archaeologists have found ceramic shards from the Jomon period at numerous locations in the area. There are numerous keyhole tombs from the Kofun period in Totsuka, including one on the grounds of Tomitsuka Hachiman Shrine, from which the ward’s name is derived. Under the Nara period Ritsuryō system, it became part of Kamakura District and Kōza District in Sagami Province. By the Heian period it was part of a shōen controlled by the Sudō clan, but came under the control of the Kamakura clan (of which Kamakura Gongorō Kagemasa was the most illustrious member) by the start of the Kamakura period. During the Kamakura period, it was largely farmland, supporting the population of nearby Kamakura; however by the Muromachi period it had become a contested territory divided between the Hatakeyama clan, Miura clan, Oba clan, and others until their territories were seized by the Late Hōjō clan from Odawara in the late Sengoku period. After the defeat of the Hōjō at the Battle of Odawara, the territory came under the control of Tokugawa Ieyasu. It was administered as tenryō territory controlled directly by the Tokugawa shogunate, but administered through various hatamoto. The area prospered in the Edo period as Totsuka-juku, a post station on the Tōkaidō connecting Edo with Kyoto.

After the Meiji Restoration, the area was transferred to the new Kanagawa Prefecture, with Totsuka-shuku becoming the capital of the Kamakura District. In the cadastral reform of April 1, 1889, Totsuka Town was established; two years after the completion of Totsuka Station on the Tōkaidō Main Line railway connecting Tokyo with Osaka. During the Meiji period the area prospered as a center of meat production to supply the foreign population of nearby Yokohama. In April 1939, Totsuka and neighboring villages were annexed by the neighboring city of Yokohama, becoming Totsuka Ward. In 1944, the Imperial Japanese Navy established a medical school and large scale hospital facilities in Totsuka. In 1966, Seya Ward was separated from Totsuka. In a major administrative reorganization of 1986, Izumi Ward and Sakae Ward were also separated from Totsuka. 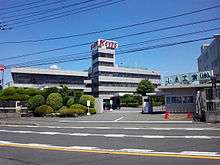 Totsuka Ward is largely a regional commercial center and bedroom community for central Yokohama and Tokyo. Totsuka retains a relatively strong industrial base. In 2010, 160 factories in the ward employed 12,010 employees and their shipment amounted to 399 billion yen.[1] There are major factories operated by KI Holdings,[2] Hitachi Ltd., Nissin Foods, Yamazaki Baking Company Limited, Pola Cosmetics, and others.