Hiratsuka is located on the western Kantō Plain midway between Tokyo and Mount Fuji, and has a 5-kilometer coastline in the Shōnan area on the Pacific Ocean in Sagami Bay.

The area around Hiratsuka has been settled since prehistoric times, and mention of the area as part of ancient Ōsumi District, Sagami Province is found in Nara period records. From the Heian period through Kamakura period, the area was divided into shōen controlled by various samurai clans and in the Sengoku period was the site of several battles between the late Hōjō clan of Odawara and the Miura clan. After the defeat of the Hōjō at the Battle of Odawara by Toyotomi Hideyoshi, the area came under the control of Tokugawa Ieyasu, who built a summer palace (the Nakahara Goten) in 1596 at the site now occupied by the Hiratsuka City Nakahara Elementary/Primary School. Hiratsuka was retained as tenryō territory after the establishment of the Tokugawa shogunate, and flourished as Hiratsuka-juku, a post town on the Tōkaidō connecting Edo with Kyoto.

After the Meiji Restoration, Hiratsuka town was founded on April 1, 1889 as part of the new Naka District within Kanagawa Prefecture. It merged with neighboring Suma Town on April 1, 1929 and was proclaimed Hiratsuka City on April 1, 1932.

Prior to World War II, Hiratsuka was the location of the Hiratsuka Navy Ammunitions Arsenal (平塚海軍火薬廠) of the Imperial Japanese Navy and Japan International Aircraft Industries (日本国際航空工業), a Nissan group military aircraft factory. Hiratsuka was largely destroyed on July 16, 1945 during the Bombing of Hiratsuka in World War II. Due to its strategic location and wide beaches, it was also one of the targets for the planned invasion of Japan during the final stages of World War II.

The city quickly rebuilt after the war, annexing several neighboring villages in the mid-1950s to attain its current area. The population exceeded 200,000 by 2001 and Hiratsuka became a special city with increased autonomy from the central government. The current mayor is the independent OCHIAI Katsuhiro (落合克宏) who was elected April 24, 2011 and assumed office on April 30. Previously he had served two terms on the Hiratsuka city council and as council chairperson for the majority of the second term. OCHIAI succeeded Ritsuko ÔKURA the city's first female mayor who served from 2003 to 2011.

Hiratsuka has a mixed economy, with tax revenue coming from wagers made at Shonan Bank Cycling Velodrome, and several industries located in industrial parks in the outskirts of town. Major plants are operated by Nissan Shatai, Yokohama Rubber Company, Canon, Furukawa Electric, Kansai Paint, and Mitsubishi Plastics. Nissan Shatai produced the largest employment on the City, but announced the plan to let a factory move to Kanda. Hiratsuka is also a bedroom community for Yokohama and Tokyo, with residents attracted by the "Shōnan lifestyle". 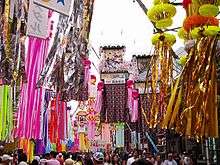