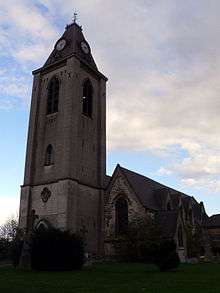 Built up owing to the merger between Ascq, Annappes and Flers-lez-Lille communes, the new town is the cradle of the first automatic metro system of the world (VAL).

Villeneuve-d'Ascq is nicknamed the 'green technopole' thanks to the implantation of many researchers - the campus of Lille University of Science and Technology, Charles de Gaulle University – Lille III and many graduate engineering school - and companies in a pleasant living environment. Owing to its activity centres, its Haute Borne European scientific park and two shopping malls, Villeneuve-d'Ascq is one of the main economic spots of the Hauts-de-France region; multinational corporations such as Bonduelle, Cofidis and Decathlon have their head office there.

Outside its academic, scientific and business facilities, Villeneuve-d'Ascq is mostly known because of its sporting events – two stadiums (Stade Pierre-Mauroy and Stadium Lille Métropole) are located there and some of its sport teams are playing in the top division; its museums – the most famous is the one of modern, contemporary and outsider art (the LaM); its green ways and its medical facilities for disabled people.

Its name means "new city of Ascq" in French and is derived from the Flemish word for "ash". The name of the city is generally written without the customary hyphen.

The city counts approximately 10 km2 (3.9 sq mi) of greenspace, lakes, forests and arable lands. It is located between Lille and Roubaix, at the crossroads of the principal freeways towards Paris, Ghent, Antwerp and Brussels.

The roots of the city can be traced back to Celtic Gaul, and are anchored in two feudal mounds, a Gallo-Roman site and a Carolingian one.

Its site was selected in the 1960s to accommodate the new town of Lille-Est, which was to channel the development of the agglomeration. The commune of Villeneuve-d'Ascq was created in 1970 by the amalgamation of the communes of Ascq, Annappes and Flers.[1] Its name evokes at the same time the new city and the memory of Ascq, martyr city of 1 April 1944, date on which the Nazis massacred 86 men, see the Ascq massacre.

From 1984 to 1994 Villeneuve d'Ascq housed a Groupe Bull factory that developed, manufactured and marketed desktops personal computers; the place is currently used by offices of Decathlon Group. There was also a Rhône-Poulenc chemical factory, now housing offices of mail order company 3 Suisses.

Villeneuve d'Ascq hosts the Northern head office of Textile and Clothing French Institute (IFTH) which assist industry for their technological and economical development. Finally, 2000 businesses are implanted in the city.

Villeneuve d'Ascq is the first academic pole of the metropolitan area. Numerous academic and scientific facilities are located there (around 42,000 students and 2,500 researchers).

At last but not least, the technopole hosts the European scientific park Haute Borne, 150 hectare next to Université Lille 1.

Having succeeded Gérard Caudron as mayor from 1977 to 2001, Jean-Michel Stievenard and his team wish to maintain balances the environnement and the economic development, the greenery and technology, the daily wellbeing and the great projects, the social one and quality, opening on the its internal comfort and rest of the world, its finance and high degree of public utility. The mayors of Villeneuve-d'Ascq since 1977 have been members of the Socialist Party (Parti socialiste).In 2008, the local elections brought back to the city council Gerard Caudron as mayor.

As a part of the Urban Community of Lille Métropole, Villeneuve-d'Ascq is connected to Lille city centre by a VAL, a type of fully automatic (driverless) light rubber-tired metro. The VAL metro line runs through Villeneuve-d'Ascq from Quatre-Cantons and Cité Scientifique stations and drives up to Lille historical city centre and railways stations in about ten minutes.

In fact, while the acronym VAL now officially stands for Véhicule Automatique Léger (automatic light vehicle), it was originally for Villeneuve-d'Ascq à Lille (meaning Villeneuve-d'Ascq to Lille), the route of the first line to be projected, and inaugurated on 25 April 1983. The Villeneuve d'Ascq metro station is under the Place Salvador Allende (Salvadore Allende Square) and a shopping centre which includes Auchan as one of its main tenants.

Villeneuve-d'Ascq is also served by the train station Gare d'Ascq, which offers connections to Lille, Orchies and Tournai and Liège in Belgium.

In 2009, 21,700 inhabitants had a sport licence in a sport club of Villeneuve d'Ascq (one third of the global population of the city) ; the city hosts 158 different sport associations, 58 different sports and 14% city operating budget is dedicated to sport.

Villeneuve d'Ascq has two swimming pools ('piscine du Triolo' and 'centre nautique Babylone') both equipped with a 50m long water slide, an outside grass area, saunas and a training gym.

Finally, we can find in Villeneuve d'Ascq two dojos, a big wall for wall-climbing (salle Tamise), a bourloire in Ascq, a boulodrome in Residence and a bowling in Hôtel de Ville.

The Stadium Nord hosted two international exhibition games: France - Tunisia in 1978 and France - Armenia in 1996. The Stadium Nord is the official stadium of the Lille Olympique Sporting Club Lille Métropole team (Ligue 1) since the 2004-2005 season, and also the official stadium of the Entente Sportive de Wasquehal team since 1997-1998 season (formerly Ligue 2, today CFA 2). In 1997, Stadium Nord was the home stadium of the Royal Excelsior Mouscron for the UEFA Europa League. The stadium receive the UEFA Europa League matches of Lille Olympique Sporting Club Lille Métropole, so prestigious clubs such as Fenerbahçe SK, FC Sévilla, Valencia CF or Liverpool FC came to Villeneuve d'Ascq.

In 2010, the Fédération française de football organised in Stadium Nord the Festifoot féminin, an event with 500 feminine soccer player footballeuses. The France women's national football team were there and also some women's international footballers.

In May, 2010 Stade Pierre-Mauroy was selected by the Fédération française de football (FFF) to host matches in the UEFA Euro 2016, hosted by France.

The Stadium Nord receive frequently exhibition matches of the France rugby A team.

The Stadium Nord hosts every year since 1988 an international meeting of track and field (formerly called meeting open Gaz de France, then Open du Nord and now meeting d'athlétisme Lille Métropole). The meeting is part of the national athletism league since 2007.

The city keeps of its past of many vestiges, sites and equipment.

Villeneuve-d'Ascq possesses a famous museum, the Lille Métropole Museum of Modern, Contemporary and Outsider Art (LaM). One can visit the forum of sciences François Mitterrand, the rebuildings of a Gaulois village to the archeological park Asnapio.