The Championships consisted of 12 events for elite, under-23 and junior cyclists. It was the 86th Road World Championships, the 13th in Italy and the first time that the event took place in Tuscany. The different events finished near the Nelson Mandela Forum in Florence. Host cities for the starts were Florence, Pistoia, Lucca and Montecatini Terme.

Tickets for crucial points of the course in Florence and Fiesole could be bought in advance. Ticket prices ranged from 20 Euro to 100 Euro for seating near the finish line of the men's road race.[3] Related to the Championships, many events were organized including expositions, exhibitions, a cyclosportive, and the Bicycle Film Festival.[4] Poste italiane made a stamp dedicated to the Championships in 3.290,000 pieces and Chianti Classico produced wine bottles with special Championships labels.[5][6]

The organizers showed the mascot for the event, Pinocchio the brainchild of Florentine writer Carlo Collodi, on 26 October 2012. The wooden figure is dressed in a rainbow sweater and a hat with the same motif. The choice of Pinocchio, whose nose grows when he lies, appeared to be significant after the cycling world was rocked by the doping case of Lance Armstrong. The decision for the mascot however, was taken much earlier according to the organizers.[7]

To promote the public transport, more trains ran during the Championships to Florence and a special ticket was produced to ride on all regional trains.[8][9] For safety reasons, all schools in Fiesole were closed on 27 and 28 September, because reaching schools was complicated.[10] 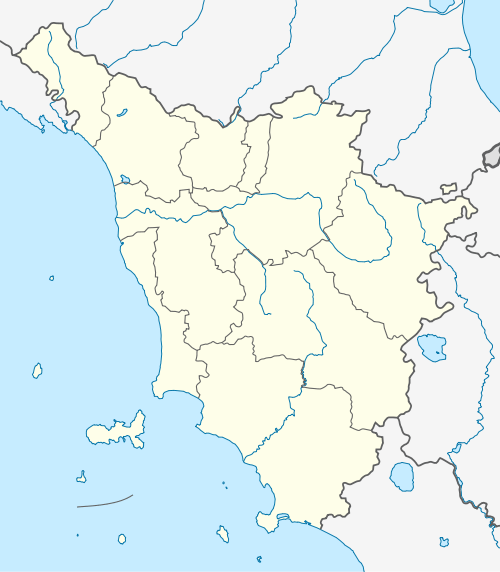 The finish of all events

On the first day, the team time trial events were for the second consecutive year won by Specialized–lululemon (women) and Omega Pharma–Quick-Step (men). The men's squad's victory in the men's team time trial came by 0.81 seconds over Orica–GreenEDGE. Ellen van Dijk from the Netherlands, who won a gold medal in the women's team time trial, won her second gold medal in the women's time trial. Van Dijk won with an advantage of 24 seconds over Linda Villumsen, who finished on the podium for the fourth successive Championships. Van Dijk became the second Dutch woman to win in the discipline, after Leontien van Moorsel's victories in 1998 and 1999.[11] Tony Martin, who also won with his team a gold medal in the team time trial, won his third successive men's time trial gold medal, beating main rivals Bradley Wiggins and Fabian Cancellara. In the last weekend of the championships, Marianne Vos won her third gold and her eighth medal in the women's road race. With help from Anna van der Breggen who helped close down the breakaway attempts, Vos made her break on the final ascent of the 600 m (2,000 ft) long Via Salviati – with around 5 km (3.1 mi) to go – and soloed to a 15-second victory over Emma Johansson and Rossella Ratto.[12] On the last day of the Championships, Rui Costa from Portugal won the rain-soaked Men's road race as he beat Spain's Joaquim Rodríguez by a bike-length on the finish line, with Alejandro Valverde from Spain taking bronze.[13]

See also: List of under-23 cyclists at the 2013 UCI Road World Championships 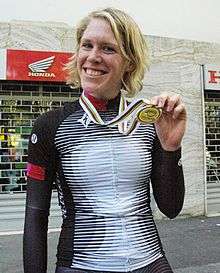 Team time trials are included under the UCI registration country of the team.

The UCI assigned premiums in all of the twelve events.[22]