In geometry, an apeirogonal antiprism or infinite antiprism[1] is the arithmetic limit of the family of antiprisms; it can be considered an infinite polyhedron or a tiling of the plane.

If the sides are equilateral triangles, it is a uniform tiling. In general, it can have two sets of alternating congruent isosceles triangles, surrounded by two half-planes.

The apeirogonal antiprism is the arithmetic limit of the family of antiprisms sr{2, p} or p.3.3.3, as p tends to infinity, thereby turning the antiprism into a Euclidean tiling.

It can be constructed by an alternation operation applied to an apeirogonal prism: 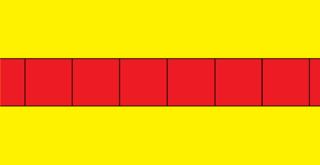 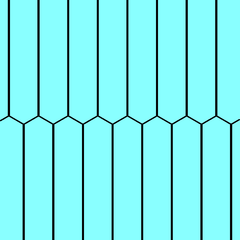