Lobamba is the traditional, spiritual, and legislative capital city of Swaziland, seat of the Parliament,[5] and residence of the Ntombi, the Queen Mother.[6][7] Mswati III lives about 10 kilometres (6.2 mi) away at the Lozitha Palace. The King and Queen Mother participate in annual December and January Incwala ceremonies and August and September Reed Dancees at the Royal Kraal.

Key attractions are the Parliament, National Museum of Swaziland, Mlilwane Wildlife Sanctuary, and the King Sobhuza II Memorial Park. The Embo State Palace, not open to visitors, was built by the British government for the polygamous King Sobhuza II, whose family included 600 children. He led the movement for Swaziland's independence from the United Kingdom and was its first prime minister.

It is located in the western part of the country[8] in the woodland "Valley of Heaven", or Ezulwini Valley.[9] It is 16 kilometres (9.9 mi) from Mbabane, in the district of Hhohho[6] and has a subtropical climate with a summer rainy season.[8]

Two areas have been called Lobamba, the first now called "Old Lobamba" was established in 1750 in southern Swaziland. The subject of this article is a settlement that was created by Sobhuza II in the northwest section of the country.[11][nb 1]

In 1903, following the Boer Wars, the British government took control of Swaziland and it was then ruled by a regent. In 1921 King Sobhuza II became leader of Swaziland, which was still under the British government's control.[15] Swaziland became independent of the British government on September 6, 1968, which was announced at a cattle byre in Lobamba by Prince Makhosini. He was the country's first prime minister and the great-grandson of Sobhuza I. With its independence, Swaziland was a member in its own right of the Organization of African Unity (OAU), British Commonwealth, and the United Nations.[16] It was made a constitutional monarchy under Sobhuza II,[17] who lived in the royal residence, or kraal, in Lobamba.[17] 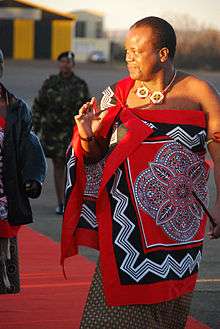 Lobamba is the legislative seat of the Swaziland government.[5]

It was made a branch of the Commonwealth Parliamentary Association on January 1, 1965 and its date of independence was January 1, 1968. The constitution was signed by King Mswati III on July 26, 2005. The king appoints the prime minister and the council. There are two chambers: the Senate and the House of Assembly.[5] The parliament building is sometimes open to visitors.[18]

The royal Embo State Palace was built by the British to house the polygamous Sobhuza II and his family, including 600 children. It is not open to visitors and photographs are not allowed.[9][18]

King Mswati III lives at the Lozitha Palace, about 10 kilometres (6.2 mi) from the city. He visits the Royal Kraal, or Ludzidzini Royal Residence, during the Umhlanga dance and Incwala ceremonies.[18] The royal village includes the queen mother's Royal Kraal, dwelling clusters, and a parade ground for ceremonies.[19] 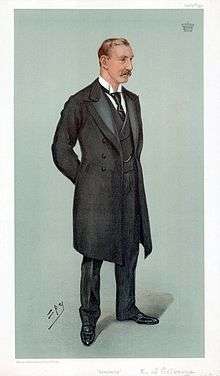 Lord Selborn, High Commissioner for South Africa signed a proclamation in 1907 for what became the Swaziland Police Force.

Education is free, but is not required. It had low literacy rates, but they are rising.[8] Lobamba National High School is in Lobamba.[22]

The government provides health facilities to manage endemic disease and malnutrition. Retirement, disability and survivor pensions are available through its welfare system.[8]

Many of the roads in Swaziland are unsurfaced, but there are good roads that connect principal towns,[8] including the MR3 highway and MR103 road.[9] There are small local airstrips and a railroad that operates between Swaziland and Mozambique.[8] The Matsapha Airport is 23 kilometres (14 mi) from Lobamba. The next closest domestic and international airport is Maputo International Airport in Mozambique, which is 216 kilometres (134 mi) away.[23]

One of the tour operators in Swaziland is Swazi Trails, which has tours of the Lobamba royal village, nature reserves, game parks, and craft centres. Nabo Bashoa runs minibus tours.[24]

The National Museum of Swaziland, located in Lobamba next to the Parliament building, was built in 1972 and expanded in 1986 and 1990.[13][25] The museum was made a non-profit institution in 1974 by the International Council of Museums.[25]

The museum houses a memorial to the revered King Sobhuza II[18] and Swazi and South African artifacts. It has a collection of photographs that include subjects of the Mbabane and Manzini Regions and British colonial administrators. A 16th-century head of Krishna, discovered nearby, is located in the natural history wing and provides evidence of trade with the east.[13][25] The natural history wing includes highveld and lowveld dioramas to illustrate the diverse Swaziland ecosystems and feature rarely seen nocturnal animals. Its nature-centric exhibits integrate environmental and cultural impacts.[19]

A recreation of a Swazi homestead is located outside the museum.[13]

Also located near the Parliament building is the Somhlolo stadium for football and other major events.[13]

Just outside Lobamba is the Mlilwane Wildlife Sanctuary that has horseback and hiking trails, guided mountain-bike tours, rustic trail camps and camping in caves. Throughout the park are opportunities to observe game,[13] including antelope, giraffe, zebras, and many types of birds.[26]

A memorial park was established in the memory of King Sobhuza II, who was the leader of the country's independence in 1968. The king's life is told through an exhibit of photographs. Three of the king's vintage cars are in the museum and his mausoleum is within the park.[19]

Lobamba is famous for two ceremonies that are held there: the Reed Dance,[6] celebrated in August and September in honour of the Queen Mother, and the Incwala,[6][28] in December and January in honour of the King. These ceremonies include dancing, singing, and celebrations with traditional attire.[29][30]