Lusaka is the capital and largest city of Zambia. One of the fastest-developing cities in southern Africa, Lusaka is in the southern part of the central plateau at an elevation of about 1,279 metres (4,196 ft). As of 2010, the city's population was about 1.7 million, while as the urban population is 2.4 million. Lusaka is the centre of both commerce and government in Zambia and connects to the country's four main highways heading north, south, east and west. English is the official language of the city, but Nyanja and Bemba are also common.

The British government founded Lusaka in 1913 as a remote outpost for British administrators and farmers. The Soli People were the original inhabitants of the land but in the 1890s the British South African Company seized the territory which had been called “Lusaaka” in honor of the old Soli state.

In 1935 Lusaka became the capital of what was now the Northern Rhodesia Colony. Capital-designation brought major development and infrastructure to the city. The British colonial government commissioned John A. Hoogterp, a South African, to build the city’s Government House and other major administrative buildings. Trees were planted alongside the streets, and houses with lawns were constructed to accommodate new white settlers. This new green foliage earned Lusaka the nickname the “Garden City.”

The majority of Lusaka’s residents were European or Asian. Indigenous Africans who worked in the city were forced to live in compounds on the outskirts of town or immediately next to their place of employment. Their wives and children were not allowed to live with them or accompany them into the city. The racial hierarchy of Lusaka emphasized white authority and black inferiority in a colony where blacks outnumbered whites ten to one.

By the time Zambia gained independence in 1964, indigenous Africans were allowed to live in the city but mostly in slums. Upon independence the new Zambian government built “council-houses” to accommodate black residents, many of whom worked for the government or in the copper industry. Public utilities were installed and these houses represented a vast improvement compared to homes built for blacks during the colonial era.

By 1966 Lusaka had emerged as the center of anti-colonial resistance for Southern Africa. The city became a safe haven for African nationalists who organized independence movements in neighboring Zimbabwe, Mozambique, Angola, and South Africa. In 1969 Lusaka hosted the Fifth Summit Conference of East and Central African States. At this meeting the Lusaka Manifesto on Southern Africa was signed condemning the presence of colonial regimes in Southern Africa. From the early 1970s through the mid-1980s the African National Congress (ANC), South Africa’s major anti-apartheid organization, was headquartered in Lusaka. 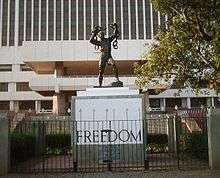 As the national capital, Lusaka is the seat of the legislative, executive and judicial branches of government, epitomized by the presence of the National Assembly (parliament), the State House (office of the President), and the High Court. The Parliament is situated at the Parliament complex, which features a 15-story building. The city is also the capital of Lusaka Province, the smallest and most populous of the country's nine provinces, and forms an administrative district run by Lusaka City Council. In 2007, the mayor was Steven Chilatu (PF), and the deputy mayor was Mary Phiri. 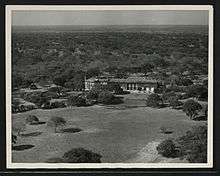 Government House, built for the Governor of Northern Rhodesia 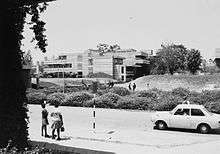 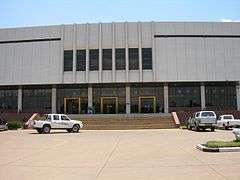 Attractions include Lusaka National Museum, the Political Museum, the Zintu Community Museum, the Freedom Statue, the Zambian National Assembly, the Agricultural Society Showgrounds (known for their annual agricultural show), the Moore Pottery Factory, the Lusaka Playhouse theatre, a cinema, the Cathedral of the Holy Cross in Lusaka, a cenotaph, a golf club, the Lusaka Central Sports Club, and the zoo and botanical gardens of the Munda Wanga Environmental Park. The city is also home to the University of Zambia. Along Great East Road are the two of the first large shopping malls in Zambia, Arcades shopping mall (with open-air storefronts) and Manda Hill shopping mall (enclosed shops), which was recently revamped and is home to international stores such as Shoprite, Game and Woolworths, a new movie theater and boasts of the first KFC in the country.

The city centre includes several blocks west of Cairo Road, around which lie the New City Market and Kamwala Market, a major shopping area, as well as the Zintu Community Museum. Further east lies the government area, including the State House and the various ministries, around Cathedral Hill and Ridgeway neighborhoods.One of the main streets and points of interest upon business is the street of Cairo Road.

Cairo Road was a section of the Great North Road and was so named because it is a link in Cecil Rhodes' then dream of a Cape to Cairo Road through British colonies in Africa.

Lusaka is home to Kenneth Kaunda International Airport (which is used for both civil and military operations), and it lies on the railway line from Livingstone to Kitwe. There is also Lusaka City Airport, which is used by the Zambian Air Force.

Bus services to towns surrounding Lusaka, such as Siavonga and Chirundu, use the Lusaka City Market Bus and the inter-city bus terminus station and the city bus station (Kulima Towers Station).

Intracity public transport is provided primarily by minibuses, but also includes larger buses and shared taxis on fixed routes.[6] Vehicles on most routes travel between specific parts of the city and the four terminals in the central business district (referred to as "Town"): Kulima Tower, City Market, Millennium and Lumumba.[7] There is no official map of public transport routes in Lusaka, but an initiative to create a user-generated content map was begun in 2014.[8] All public transport vehicles in Lusaka are operated by private operators.

As the hosts of the 2012 Zone VI Games and the capital city of Zambia, Lusaka boasts a lot of sport infrastructure, including Nkholoma Stadium, Sunset Stadium, the Olympic Youth Development Centre, the Lusaka Golf Club and many other places. There is also an ultra-modern 60,000 seat stadium that is being built by China, named the National Heroes Stadium in memory of those 1993 Chipolopolo football players that died in a plane crash in the Atlantic Ocean on the coast of Gabon. The stadium was completed by the end of 2013 and among them hosted an international friendly match between Zambia and Sudan, the Zambia's 50th Year Golden Jubilee Celebrations and a Requiem Mass for the late President of Zambia - His Excellency Mr. Michael Sata whose main celebrant was Most Rev. Telesphore George Mpundu, Archbishop of Lusaka and current ZEC President

Lusaka is twinned with: 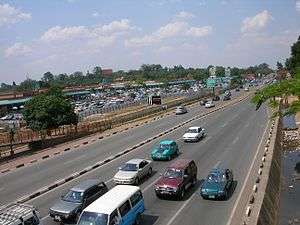 The rugby union players Corné Krige and George Gregan, who respectively captained the South African and Australian teams in both the 2002 and 2003 Tri Nations Series, were coincidentally born in the same hospital in Lusaka.[10][11][12]

Amy Holmes (born in 1973 in Lusaka) is a news anchor on Glenn Beck's TheBlaze.

Lusaka is the hometown and current place of residence of Joseph and Luka Banda, the first ever conjoined twins to be successfully separated and in full neurological health.[13]

It is also the home of IIMegaxlxll videos, a young boy who gained fame on YouTube, Reddit and 4chan for his video titled "My longest yeah boy ever".

Primarily due to its high altitude, Lusaka features a humid subtropical climate (Cwa) according to Köppen climate classification. Its coolest month, July, has a monthly mean temperature of 14.9 °C (58.8 °F). Lusaka features hot summers and warm winters, with cold conditions mainly restricted to nights in June and July. The hottest month is October, which sees daily average high temperatures at around 32 °C (90 °F). There are two main seasons: a wet season and a dry season with the dry season lasting around half the year, lasting from April to October.