This article is about the district. For its eponymous headquarters, see Madurai. 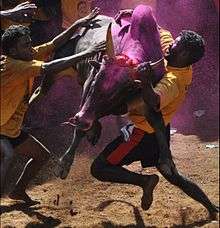 Madurai district is second largest in population of the 32 districts of the state of Tamil Nadu, in southeastern India.[1] The city of Madurai serves as the district headquarters. It houses the world-famous Sri Meenakshi Sundareshwarar temple and is situated on the banks of the river Vaigai. Thiruparankundram is one of the major tourist place in the district. Kazimar Periya Pallivasal and Madurai Maqbara in Kazimar Street are the oldest and major Islamic symbols in Madurai city. As of 2011, the district had a population of 3,038,252 with a sex-ratio of 990 females for every 1,000 males. Aside from the city of Madurai, the larger towns are Melur, Avaniapuram, Thirumangalam and Usilampatti.[4] It is an important hub for various film shootings.

Madurai district comprises 13 talukas and revenue blocks, same names same boundaries. Under the gram panchayat system rural administration or the district is done by panchayat villages and the taluka headquarters. The revenue blocks are further sub-divided by firkas. the last three taluks, Tiruparankundram, Madurai West and Madurai East, were created in February 2014.[7] The thirteen talukas/blocks are:[8][9] 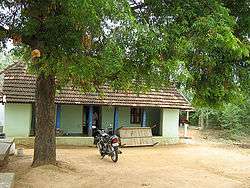 The climate is moderate with no extremes. There are three distinct periods of rainfall: