This article is about the district. For its eponymous headquarters, see Thoothukudi.

Thoothukudi District, also known as Tuticorin District is a district in Tamil Nadu state in southern India. The district was formed by dividing Tirunelveli district in 1986 and Thoothukudi is the district headquarters. The district is known for pearl cultivation, with an abundance of pearls being found in the seas offshore. It was formerly ruled by one of the oldest kingdoms in India, the Pandyan Dynasty with the port of Korkai through which trade with Rome happened.[2] The archaeological site at Adichanallur holds the remains of the ancient Tamil civilisation. As of 2011, the district had a population of 1,750,176 with a sex-ratio of 1,023 females for every 1,000 males.

There are no large reservoirs in this district so the Papanasam and Manimuthar dams located in the Tirunelveli district in the Thamirabarani River's flow are the main sources of irrigation. Other than the Thamirabarani River, the river Vaipar in Vilathikulam taluk, the river Karumeni which traverses through Sathankulam, and Tiruchendur taluks, Palayakayal are all sources.

Thoothukudi District is divided into three revenue divisions and eight talukas.[3] There are forty-one revenue firkas and 480 revenue villages.[4]

There is one parliamentary constituency for the district, Thoothukudi Constituency, and six assembly constituencies:[4]

Paddy is cultivated in the Palayakayal Srivaikundam, Sattankulam and Tiruchendur taluks. Cumbu, Cholam, Kuthiraivali and other pulses are raised in the dry tracts of Kovilpatti, Vilathikulam,Nagalapuram Ottapidaram, and Thoothukudi taluks. Cotton is cultivated in Kovilpatti, Ottapidaram and Thoothukudi Taluks. Groundnut cultivation is undertaken in Kovilpatti, Tiruchendur, and Sattankulam taluks. Groundnut cake is being used as manure and cattle feed. Nagalapuram makes its economy to be solely dependent agriculture. Main business of this area is dry chilly, cholam, cumbu wood charcoal, etc. With 35% share, the district is the top producer of Cumbu in Tamil Nadu.[9] Palmyrah trees are grown mostly in Tiruchendur, Srivaikundam, Sattankulam and Vilathikulam taluks. Jaggery is produced from palmyrah juice; the production of jaggery is the main occupation of the people of Tiruchendur and Sattankulam taluks. Banana and other vegetables are raised in Srivaikundam and Tiruchendur taluks.

National Highway 45B, 7A and State Highways SH-32,33,40,44,75,76,77,93,176 connect to other parts of the State. Government buses connect the district with other parts of state. Vanchimaniyachi and Tuticorin station are major stations of Indian railway. The Port of Tuticorin provides container services. Tuticorin Airport is situated near Vaigaikulam and currently has flights from Chennai Tuticorin is the one of the cities which is having four ways of transportation (Road ways, Airways, Seaways and Railways).

There are numerous educational institutions, colleges, schools providing education. The Agricultural College and Research Institute, Killikulam was established in 1984 – 85 as the third constituent College of Tamil Nadu Agricultural University. 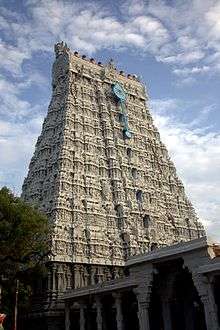 Apart from being a commercial Center, this is an exotic tourist attraction for its sunny and pristine sandy beaches. Sea sports like surfing and paragliding facilities are also available. There are a lot religious and historically important places around Tuticorin. The district headquarter is well connected by road, rail, air and sea. People of the district hope to generate significant revenue from developing tourism sector.