The result differs from the area of its circumscribed circle by up to 40 parts per billion. 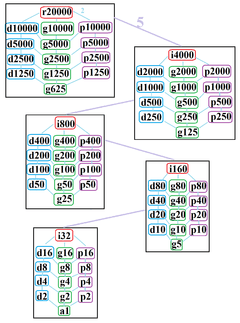 The symmetries of a regular myriagon. Light blue lines show subgroups of index 2. The 5 boxed subgraphs are positionally related by index 5 subgroups.