The station consists of an elevated island platform serving the two Yamanote Line tracks. The station has a Midori no Madoguchi staffed ticket office.[1]

Chest-high platform edge doors were installed on the Yamanote Line platforms, brought into use from 20 April 2013.[2] 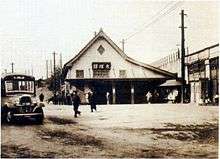 The wooden station structure on the south side was demolished in 2009.[3] 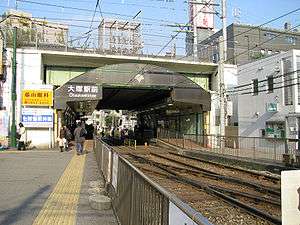 This article is issued from Wikipedia - version of the 1/8/2016. The text is available under the Creative Commons Attribution/Share Alike but additional terms may apply for the media files.