For other uses, see Toshima (disambiguation).

Toshima (豊島区, Toshima-ku) is a special ward in Tokyo, Japan. It is one of the eight central wards of the Tokyo Metropolitan area, including Chiyoda, Minato, Shibuya, Chuo, Shinjuku, Taito, and Bunkyo surrounding the Imperial Palace. Located in the northern area of Tokyo, Toshima is bordered by the wards of Nerima, Itabashi, and Kita wards, in the north, and Nakano, Shinjuku and Bunkyo in the south.

The total land area of Toshima is 13.01 km², sitting on a moderate plateau with a difference of 28 m between the ward's highest and lowest points. Approximately 47% of Toshima's land is residential, and 20% is commercial and public areas.

Although Toshima is a ward, it is referred to as a city. The ward offices are located in Ikebukuro, which is also the commercial and entertainment center of Toshima.

With a non-Japanese population of 19,868, or 7.42% of the total, Toshima is one of the most international wards in Tokyo. Of the foreign population, 56% is of Chinese descent, 20% is of Korean descent, with the rest being of primarily Filipino and European descent.

Toshima was formed in 1932 by the merger of four towns, Sugamochō, Nishi-sugamochō, Takadachō, and Nagasakichō, bordered by the quickly expanding former city of Tokyo.

The area evolved from a suburban agricultural district in the Edo period to the urban commercial center that it is today. The growth was fueled by the construction of various rail lines built in the Meiji and Taishō periods.

The former Somei village, now part of Toshima, is the birthplace of the Somei Yoshino, Japan's most popular variety of sakura (cherry blossom tree). The variety was developed at the end of the Edo period. 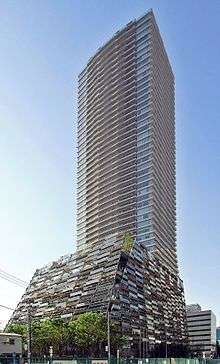 Toshima is run by a city assembly of 36 elected members. The current mayor is Yukio Takano, an independent backed by all major parties except the Japanese Communist Party.

In April 2011, Taiga Ishikawa was elected to the Toshima assembly, becoming the first openly gay man to win an election in Japanese history.[1] 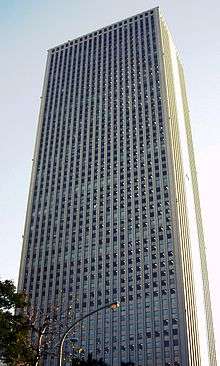 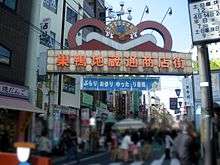 FamilyMart has its headquarters in Ikebukuro, Toshima.[2] Seiyu Group has its registered head office in Toshima.[3] Libro, a bookstore chain, is headquartered in Toshima. Itochu corporation and Seven & I Holdings Co., Ltd. has a presence in Toshima.[4]

In 1956 Asatsu Inc. established its headquarters in Meijiro, Toshima. In May 1967 the company's headquarters moved to Shinbashi, Minato.[5]

There are five Universities in Toshima.

Toshima is also home to a number of accredited private schools:

For more details on this topic, see Transportation in Greater Tokyo.

The main hub for rail transportation in Toshima ward is Ikebukuro Station, the second busiest train station in Japan.

The rail lines which run through or terminate in Toshima are: