This article is about the City in Maharashtra. For the District in India, see Ahmednagar District. For tehsil in Ahmednagar district, see Nagar tehsil.

pronunciation  is a city in Ahmednagar District in the state of Maharashtra, India, about 120 km northeast of Pune and 114 km from Aurangabad. Ahmednagar takes its name from Ahmad Nizam Shah I, who founded the town in 1494 on the site of a battlefield where he won a battle against superior Bahamani forces.[3] It was close to the site of the village of Bhingar.[3] With the breakup of the Bahmani Sultanate, Ahmad established a new sultanate in Ahmednagar, also known as Nizam Shahi dynasty.[4]

Ahmednagar has several dozen buildings and sites from the Nizam Shahi period.[5] Ahmednagar Fort, once considered almost impregnable, was used by the British to house Jawaharlal Nehru (the first prime minister of India) and other Indian Nationalists before Indian independence. A few rooms there have been converted to a museum. During his confinement by the British at Ahmednagar Fort in 1944, Nehru wrote the famous book The Discovery of India.[6] Ahmednagar is home to the Indian Armoured Corps Centre & School (ACC&S), the Mechanised Infantry Regimental Centre (MIRC), the Vehicle Research and Development Establishment (VRDE) and the Controllerate of Quality Assurance Vehicles (CQAV). Training and recruitment for the Indian Army Armoured Corps takes place at the ACC&S.[7]

Ahmednagar is a relatively small town and shows less development than the nearby western Maharashtra cities of Mumbai and Pune. Ahmednagar is home to 19 sugar factories and is also the birthplace of the cooperative movement. Due to scarce rainfall, Ahmednagar often suffers from drought. Marathi is the primary language for daily-life communication. Hindi is also widely understood and spoken, though of the Dakhani dialect, with a lot of grammar and loan words from Marathi. Ahmednagar has recently published a plan of developing the city by year 2031.[8]

The town Ahmednagar was founded in 1490 by Ahmad Nizam Shah I on the site of a more ancient city, Bhingar. With the breakup of the Bahmani Sultanate, Ahmad established a new sultanate in Ahmednagar, also known as Nizam Shahi dynasty.

It was one of the Deccan sultanates, which lasted until its conquest by Mughal emperor Shah Jahan in 1636. Aurangzeb, the last great Mughal emperor, who spent the latter years of his reign, 1681–1707, in the Deccan, died in Ahmednagar and his burial at (khultabad) near Aurangabad in 1707, and a small monument marks the site.

Maharani Ahilyabai Holkar was born on 31 May 1725 in Chondi village of Jamkhed taluka in Ahmednagar district.

Ahmednagar is home to the Indian Armoured Corps Centre & School (ACC&S), the Mechanised Infantry Regimental Centre (MIRC), the Vehicle Research and Development Establishment (VRDE) and the Controllerate of Quality Assurance Vehicles (CQAV). Training and recruitment for the Indian Army Armoured Corps takes place at the ACC&S. Formerly, the city was the Indian base of the British Army's Royal Tank Corps / Indian Armoured Corps, amongst other units. The town houses the second-largest display of military tanks in the world and largest in Asia.[9]

Situated in the rain-shadow region of the Western Ghats, Ahmednagar experiences primarily hot and dry climate through November to mid June. 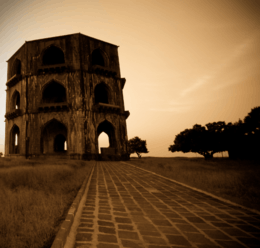 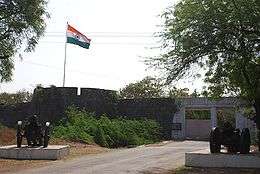 Ahmednagar city have air connectivity by Seaplane service. The port for Seaplane is located at Mula Dam water reservoir, 30 min away from Ahmednagar City. The service offered by Maritime Energy Heli Air Services Pvt. Ltd. (MEHAIR) from 22 September 2014. On going Flight is available from Juhu, Mumbai to Mula Dam. The service will now enable the large number of pilgrims traveling to the holy sites of Meherabad, Shirdi and Shani Shingnapur to travel quickly and conveniently to their destinations.

Ahmednagar is well connected by roads with various major cities of Maharashtra and other states. National Highway 222 from Kalyan to Nirmal near Adilabad in Telangana passes through the city. Ahmednagar has 4 lane road connectivity to Aurangabad, Parbhani , Pune, Nashik, Beed, Solapur, Osmanabad. The Maharashtra State Road Transport Corporation (MSRTC) and different private transport operators provides bus service connecting the city to all parts of the state.

Ahmednagar Municipal corporation operates an intra-city bus service called AMT Bus Service. which connects different suburbs of the city altogether along with connecting the city to its nearby places beyond municipal limits. Auto Rickshaws (3 wheeler) is also available for personal transport in the city.

Ahmednagar Municipal Council was upgraded to Municipal Corporation status in 2003. As of July 2016, Surekha Kadam of Shiv Sena was the incumbent mayor. Ahmednagar city is represented in the central and state legislatures by the Ahmednagar Lok Sabha and Ahmednagar City Vidhan Sabha seats respectively. The Sitting MP is Dilipkumar Gandhi, while Sangram Jagtap is Ahmednagar MLA.