Dichloromethane (DCM, or methylene chloride) is an organic compound with the formula CH2Cl2. This colorless, volatile liquid with a moderately sweet aroma is widely used as a solvent. Although it is not miscible with water, it is miscible with many organic solvents.[10] One of the most well-known applications of dichloromethane is in the drinking bird heat engine.

DCM is produced by treating either chloromethane or methane with chlorine gas at 400–500 °C. At these temperatures, both methane and chloromethane undergo a series of reactions producing progressively more chlorinated products. In this way, an estimated 400,000 tons were produced in the US, Europe, and Japan in 1993.[10]

The output of these processes is a mixture of chloromethane, dichloromethane, chloroform, and carbon tetrachloride. These compounds are separated by distillation.

DCM was first prepared in 1839 by the French chemist Henri Victor Regnault (1810–1878), who isolated it from a mixture of chloromethane and chlorine that had been exposed to sunlight.[12]

DCM's volatility and ability to dissolve a wide range of organic compounds makes it a useful solvent for many chemical processes.[10]

It is widely used as a paint stripper and a degreaser.[13] In the food industry, it has been used to decaffeinate coffee and tea as well as to prepare extracts of hops and other flavorings.[14] Its volatility has led to its use as an aerosol spray propellant and as a blowing agent for polyurethane foams. 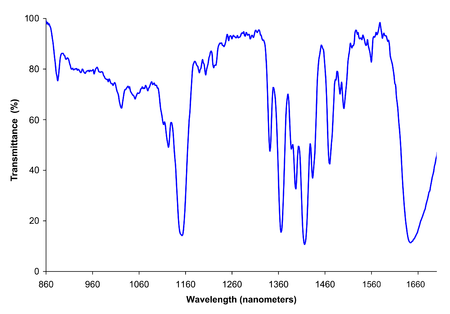 The chemical compound's low boiling point allows the chemical to function in a heat engine that can extract mechanical energy from small temperature differences. An example of a DCM heat engine is the drinking bird. The toy works at room temperature.

DCM chemically welds certain plastics. For example, it is used to seal the casing of electric meters. Often sold as a main component of plastic welding adhesives, it is also used extensively by model building hobbyists for joining plastic components together. It is commonly referred to as "Di-clo."

It is used in the garment printing industry for removal of heat-sealed garment transfers, and its volatility is exploited in novelty items: bubble lights and jukebox displays.

DCM is used in the material testing field of civil engineering; specifically it is used during the testing of bituminous materials as a solvent to separate the binder from the aggregate of an asphalt or macadam to allow the testing of the materials.[15]

DCM is the least toxic of the simple chlorohydrocarbons, but it is not without health risks, as its high volatility makes it an acute inhalation hazard.[16][17] It can also be absorbed through the skin.[1][13]

Symptoms of acute overexposure to dichloromethane via inhalation include difficulty concentrating, dizziness, fatigue, nausea, headaches, numbness, weakness, and irritation of the upper respiratory tract and eyes. More severe consequences can include suffocation, loss of consciousness, coma, and death.[1][13]

DCM is also metabolized by the body to carbon monoxide potentially leading to carbon monoxide poisoning.[18] Acute exposure by inhalation has resulted in optic neuropathy[19] and hepatitis.[20] Prolonged skin contact can result in DCM dissolving some of the fatty tissues in skin, resulting in skin irritation or chemical burns.[21]

It may be carcinogenic, as it has been linked to cancer of the lungs, liver, and pancreas in laboratory animals.[22] Other animal studies showed breast cancer and salivary gland cancer. Research is not yet clear as to what levels may be carcinogenic.[1][13] DCM crosses the placenta. Fetal toxicity in women who are exposed to it during pregnancy, however, has not been proven.[23] In animal experiments, it was fetotoxic at doses that were maternally toxic but no teratogenic effects were seen.[22]

In people with pre-existing heart problems, exposure to DCM can cause abnormal heart rhythms and/or heart attacks, sometimes without any other symptoms of overexposure.[13] People with existing liver, nervous system, or skin problems may worsen after exposure to methylene chloride.[9]

In many countries, products containing DCM must carry labels warning of its health risks.

In February 2013, the U.S. Occupational Safety and Health Administration (OSHA) and the National Institute for Occupational Safety and Health warned that at least 14 bathtub refinishers have died since 2000 from DCM exposure. These workers had been working alone, in poorly ventilated bathrooms, with inadequate or no respiratory protection, and no training about the hazards of DCM.[9][13][24] OSHA has since then issued a DCM standard.[25] In the European Union, the European Parliament voted in 2009 to ban the use of DCM in paint-strippers for consumers and many professionals.[26] The ban took effect in December 2010.[27]

Concerns about its health effects have led to a search for alternatives in many of these applications.[10][29]