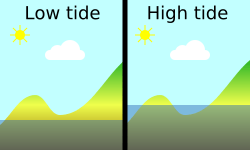 Diagram of tidal island at low tide and high tide 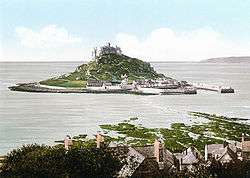 Cramond Island, Scotland, at high tide: the causeway is submerged, but the anti-submarine pylons are still visible.
"Tide island" redirects here. It is not to be confused with Tied island.

A tidal island is a piece of land that is connected to the mainland by a natural or man-made causeway that is exposed at low tide and submerged at high tide. Because of the mystique surrounding tidal islands many of them have been sites of religious worship, such as Mont Saint-Michel with its Benedictine Abbey. Tidal islands are also commonly the sites of fortresses because of their natural fortifications. 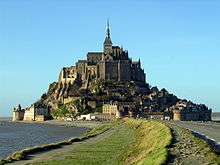 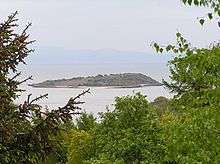 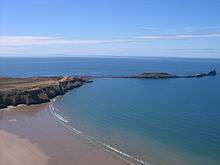 Worm's Head at the end of Gower, Wales

43 (unbridged) tidal islands can be walked to from the UK mainland.[1] 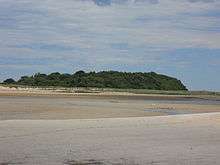