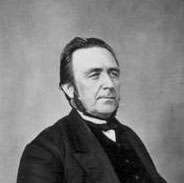 Born in Sparta, Tennessee, DeFrees moved to Ohio with his parents, who settled in Piqua in 1819. He attended the common schools. Apprenticed to the blacksmith trade 1826-1829. Learned the art of printing. He moved to Indiana and settled in South Bend in 1831, where he established the Northwestern Pioneer. He moved to Goshen, Indiana, in 1833 and engaged in mercantile pursuits and later in banking. He was appointed county agent. Sheriff of Elkhart County 1835-1840. He served as member of the State house of representatives in 1849 and again in 1872. He served in the State senate 1850-1854.

DeFrees was elected as a Republican to the Thirty-ninth Congress (March 4, 1865 – March 3, 1867). He was not a candidate for renomination in 1866. He resumed his former business pursuits. He was also interested in milling, the manufacture of linseed oil, and the construction of the Goshen Hydraulic Works. He served as director of the Cincinnati, Wabash & Michigan Railroad and served as its first president. He died at Goshen, Indiana, December 21, 1885. He was interred in Oak Ridge Cemetery.