It can be named by its Schläfli symbol {4,35}, being composed of 3 6-cubes around each 5-face. It can be called a hepteract, a portmanteau of tesseract (the 4-cube) and hepta for seven (dimensions) in Greek. It can also be called a regular tetradeca-7-tope or tetradecaexon, being a 7 dimensional polytope constructed from 14 regular facets.

Applying an alternation operation, deleting alternating vertices of the hepteract, creates another uniform polytope, called a demihepteract, (part of an infinite family called demihypercubes), which has 14 demihexeractic and 64 6-simplex 6-faces. 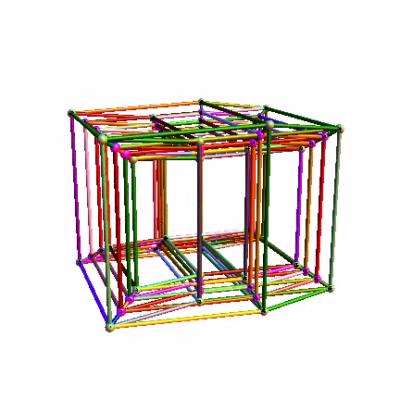