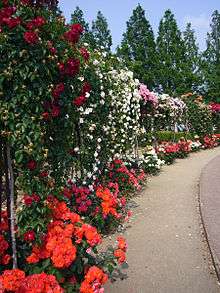 A rose garden or rosarium is a garden or park, often open to the public, used to present and grow various types of garden roses or rose species. Designs vary tremendously and roses may be displayed alongside other plants or grouped by individual variety, colour or class in rose beds. 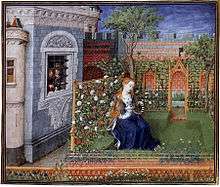 Origins of the rose garden

Although roses have been selected and grown in China for over 1,000 years,[1] the forerunner of the rose garden as we know it today was planted by empress Joséphine de Beauharnais at Malmaison, France in the years between 1799-1814.[2] Joséphine imported both leading gardening talent and scores of roses, financing many plant collecting trips. At her death in 1814, the garden included more than 250 varieties of rose. It is said that her plant hunters also introduced some 200 other plants to France, among them the dahlia.[3] 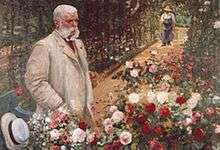 One of the oldest still existing public rose gardens is Jules Gravereaux's Roseraie de L'Haÿ south of Paris in L'Haÿ-les-Roses, which was laid out in 1899 and remains the biggest rose garden in France. 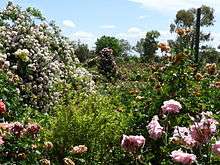 Public rose gardens are a feature of many towns and cities. Since 1995, the World Federation of Rose Societies (WFRS) grants the Award of Garden Excellence. So far, 42 gardens have been selected.[4] Notable gardens around the world include: 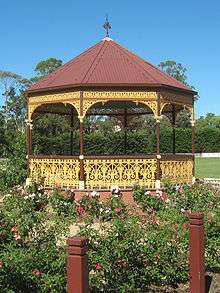 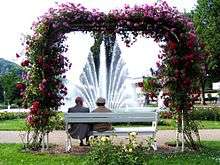 There are various rose gardens in India. These gardens have thousands of varieties & sub-varieties of roses and are open to the public. 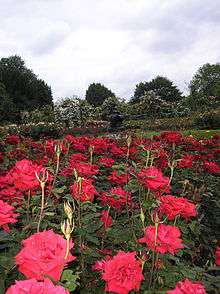 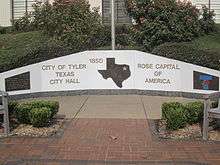 The World Federation of Rose Societies[39] produces an annual directory drawn up by national rose societies in each of its 39 member countries. This includes a catalogue of rose gardens considered nationally significant.[40]