Before local government reorganisation on 1 April 1974 it was part of the county of Cheshire.

Before the Norman conquest, Heswall has been cited as a possible location for Dingesmere, mentioned with regard to the Battle of Brunanburh, in Egil's Saga. Heswall was recorded in the Domesday Book as Eswelle and owned by Robert de Rodelent, who also owned much of the land on the eastern side of the River Dee. In 1277, it became the property of Patrick de Haselwall, who was Sheriff of Cheshire.

In 1801, the population was recorded as 168. By the census in 1841, it had only grown to 398. Before 1897 it was known as Hestlewelle or Hesselwelle. Its growth was started by wealthy merchants from Liverpool who had originally chosen it as a retreat but the arrival of two railway connections allowed them to commute. One line is the Borderlands Line from Wrexham Central to Bidston which opened in 1896. This line is still active and has Heswall railway station on the eastern edge of the town. The station was formerly called Heswall Hills to distinguish it from the older, now demolished, Heswall Station. The old station was in Station Road in the Lower Village on another line from West Kirby to Hooton. This opened in 1886 but the line closed to passengers in 1956. The track of the old railway became a footpath, the Wirral Way.

The speedy development of Heswall has seen the once separate villages of Gayton, Heswall, Pensby and Thingwall become joined by continuous housing, although the (original) Lower Village has managed to retain much of its original character.

The oldest structure is the tower of St. Peter's Parish Church, which is about 500 years old. The present church building itself, the third to have been erected on the site, was built in 1879. The previous church had been destroyed by a violent thunderstorm on 19 September 1875, during which the organist and the boy who pumped the bellows for the organ were both killed.

The remains of Gayton's windmill, which stopped operating in 1860 and which is now converted into a house, can be seen close to the Devon Doorway Restaurant on Gayton Roundabout, a short distance back up Telegraph Road towards Heswall.

The Royal Liverpool Children's Hospital originally opened in Heswall as Liverpool Country Hospital for Children in 1909.[5] The hospital was situated on a 3.6 ha (9-acre) site purchased in 1900.[6] It stood on the opposite side of Telegraph Road from the 'Puddydale', and had a tall square clock tower and extensive grounds with views over the Dee estuary. The hospital closed in 1985[5][6] and the site is now occupied by a Tesco supermarket. The supermarket was extended in the early 2000s, then refurbished during 2011.

In 2001 Heswall was listed as being the 7th richest neighbourhood in the UK, with an average household income of £46,600.[7] 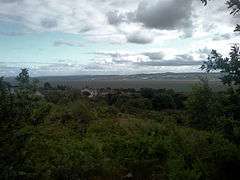 Heswall Dales, looking over the Dee to Wales

There are several areas of open space. The largest is the Dales, an area of dry, sandy heathland overlooking the River Dee. It has the status of both Site of Special Scientific Interest (SSSI) and Local Nature Reserve (LNR). Within this SSSI lies 'the Dungeon', a small river valley cut into the hillside. A path connects the Dales to the Wirral Way and the coast. Other open areas also overlooking the Dee are the Beacons, and Poll Hill, which is the highest point on the Wirral Peninsula.

The large grass area near the centre of town is known as the 'Puddydale'. In former years, Heswall County Primary School was situated on the eastern edge of the field, but has since been demolished. The school was rebuilt on the corner of Whitfield lane and Downham Road North where it is still in use. 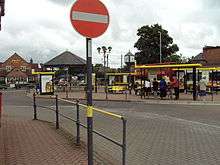 Heswall Bus Station serves the town of Heswall is owned and managed by Merseytravel.

Heswall Flower Club is mentioned in the song "This One's For Now" by the band Half Man Half Biscuit on their 2014 album Urge For Offal.