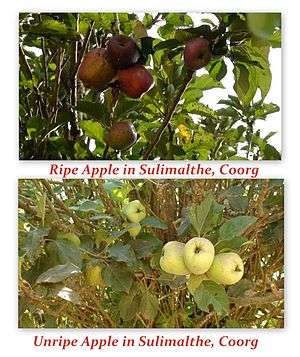 Somwarpet (somavārapēte, also written Somvarpet) is a panchayat town in Kodagu district in the Indian state of Karnataka. It is the main town of the Somwarpet taluk, in the north-east of the district.

The main crops grown in the area are coffee and spice crops such as cardamom, peppers, oranges, ginger, and vegetables.

Even though most of the people living here are Kannadigas, other languages like Kodava Takk, Are Bhashe, Tulu, Beary bashe, Konkani, English and Hindi are spoken by the people.

Coffee is the major crop in the region. It is the major Arabica coffee growing region of India. Other crops like pepper, cardamom, orange, vanilla are grown. Rice is also grown. 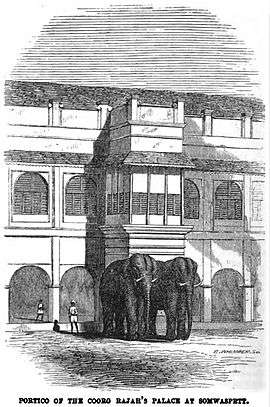 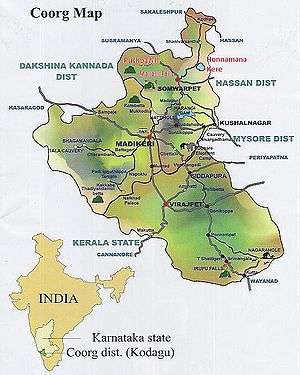 The Great White Egret or Bellakki a native of Sulimalthe

Kotebetta Kotebetta [3] is the third highest peak in Coorg after Tadiyandamol and Brahmagiri, Kotebetta means "Fort Hill" because of its fort-like appearance. Its height above sea level is 1620 metres (5313 ft). It lies near the border between the Dakshina Kannada and Coorg districts. The trek starting point is a junction near a bridge called Hattihole. The peak is 10 km from Hattihole. There is a Shiva temple at the base of Kotebetta.

Makkalagudi Betta is located in Kiraganduru 10 km between Somwarpet and Madikeri road. There is a view of paddy fields, forest, and the waters of the Harangi reservoir.

Mallalli Falls (Kannada:ಮಲ್ಲಳ್ಳಿ ಜಲಪಾತ) Mallalli Abbi or Kumaradhara Falls is one of the tallest waterfalls in the Coorg where the river Kumaradhara drops down 200 feet. Scattered along the stream are other misty waterfalls, situated on the foothills of the Pushpagiri hill-ranges, 25 km from Somwarpet.