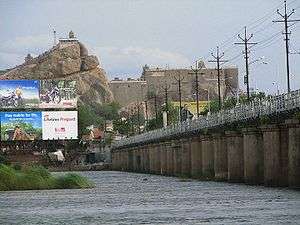 Kaveri river and Rockfort at Tiruchirapalli 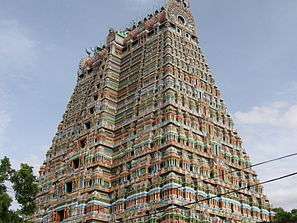 In 2013, Tiruchirappalli District went from nine taluks to eleven taluks.[4] 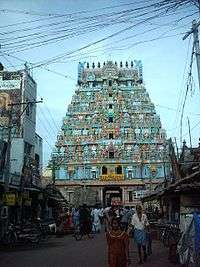 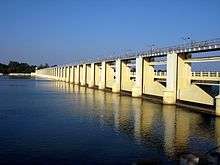 The major rivers are the River Kaveri and the River Kollidam. The important rivers across city is Koraiyar, Uyyakondan and Kudamuruti rivers.

The district has a large cattle and poultry population with agriculture workers in the smaller villages like Kalpalayathanpatti.

Places to visit in Tiruchirappalli District: