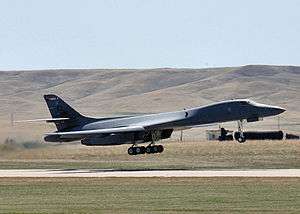 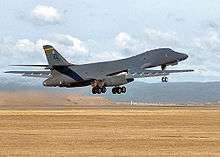 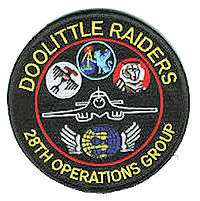 The group carries the lineage and history of the World War II 28th Bombardment Group, which was one of the primary units assigned to Eleventh Air Force during the Aleutian Campaign. The group helped force the withdrawal of Japanese ships that attacked Dutch Harbor in June 1942, and flew missions against Kiska until the Japanese evacuated that island in August 1943.

In the postwar era, the 28th Bombardment Group was one of the first USAAF units assigned to the Strategic Air Command on 4 August 1946, prior to the establishment of the United States Air Force. The group being activated as a redesignation of the 449th Bombardment Group due to the Air Force's policy of retaining only low-numbered groups on active duty after the war. The group was inactivated in 1952 when the parent wing adopted the Tri-Deputate organization and assigned all of the groups squadrons directly to the wing.

Reactivated as the 28th Operations Group in 1991 when the 28th Bomb Wing adopted the USAF Objective organization plan.

The 34th and the 37th Bomb Squadrons carry the legacy of the 1942 Doolittle Raiders. The raiders were drawn from the 95th, 34th, 37th Bombardment Squadrons and the 89th Reconnaissance Squadron of the 17th Bombardment Group.

Organized in February 1940 after outbreak of World War II in Europe. Moved to Alaska one year later, where it trained for Arctic warfare and served to defend the territory after Japan attacked the United States at the end of 1941.

The group helped force the withdrawal of Japanese ships that attacked Dutch Harbor in June 1942, flew missions against occupied Kiska until the Japanese evacuated that island in August 1943, bombed and strafed enemy shipping, harbor facilities, canneries, fisheries, and military installations in the Kurils, and flew photographic reconnaissance missions. Earned a Distinguished Unit Citation for attacks on the Kurils that caused Japan to divert some of her air power to that northern area, weakening Japanese opposition to Allied forces to the south, April 1944 – August 1945. Flew its last World War II bombing mission on 13 August 1945, but continued reconnaissance operations in the Kurils into September 1945.

Inactivated in October 1945, but activated a few months later in Nebraska. Received B-29 Superfortresses and personnel from inactivated 449th Bombardment Group. Reassigned to Elmendorf AAF, Alaska for six months of post-war arctic operations in Alaska.

On 3 May 1947, the group and its subordinate units relocated to Rapid City Army Air Field (later Ellsworth AFB) and awaited the activation of the new headquarters to which they would soon be assigned: the 28th Bombardment Wing.

The 28th Bomb Wing was established on 28 July 1947 under the Hobson Plan, which was designed to streamline the peacetime forces after World War II. The wing existed only on paper until 15 August 1947 when SAC organized it under the 15th Air Force. Upon its activation, the wing included the 28 Bombardment Group (Heavy), 28th Airdrome Group (now Support Group), 28th Maintenance and Supply Group (Now Logistics Group), 28th Station Medical Group, and the 612th Army Air Forces Band.

On 12 July 1948, in its first of many name changes, SAC activated the organization as the 28th Bombardment Wing, Medium. Just one week later, the wing deployed the entire 28th Bombardment Group and its 77th, 717th, and 718th Bombardment Squadrons (BS) to England for a 90-day B-29 show-of-force mission during the Soviet blockade of Berlin. The wing flew the B-29 until 1950 and maintained proficiency in heavy global bombardment.

Shortly after additional runway improvements, in July 1949, the 28 BMW began conversion from B-29s to the RB-36 Peacemaker. In April 1950 the Air Staff reassigned the base from 15th Air Force to 8th Air Force. With the change in aircraft also came a modified mission: global strategic reconnaissance with bombardment as a secondary tasking. The wing’s name changed again in April 1950, this time to the 28th Strategic Reconnaissance Wing, Heavy. Meanwhile, intermediate command assignments changed from the 15th to the 8th Air Force. In May 1951 the wing flew a record setting B-36 training mission lasting 41 hours without refueling. In June 1952, SAC inactivated the old 28th BG and assigned its squadrons directly under the 28 BW as part of the Tri-Deputate Organization.