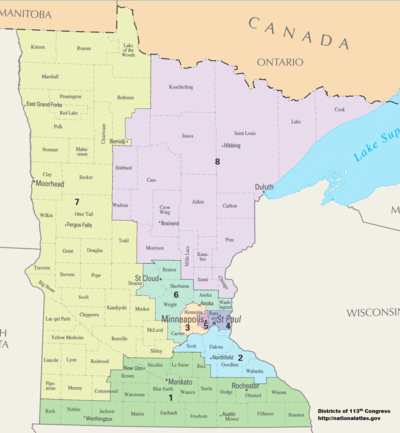 List of members of the Minnesotan United States House delegation, their terms in office, district boundaries, and the district political ratings according to the CPVI. The delegation has a total of 8 members, including 5 Democrats, and 3 Republicans.

Tables showing membership in the Minnesota federal House delegation throughout history of statehood in the United States.

Representatives from the State of Minnesota

Tables showing membership in the Minnesota federal Senate delegation throughout history of statehood in the United States.

As of July 2016, there are six former U.S. Senators from the U.S. State of Minnesota who are currently living at this time, two from Class 1 and four from Class 2.