An airline reservation system (ARS) is part of the so-called passenger service systems (PSS), which are applications supporting the direct contact with the passenger.

Airline reservations systems contain airline schedules, fare tariffs, passenger reservations and ticket records. An airline's direct distribution works within their own reservation system, as well as pushing out information to the GDS. A second type of direct distribution channel are consumers who use the internet or mobile applications to make their own reservations. Travel agencies and other indirect distribution channels access the same GDS as those accessed by the airlines' reservation systems, and all messaging is transmitted by a standardized messaging system that functions on two types of messaging that transmit on SITA's HLN [high level network]. These message types are called Type A [usually EDIFACT format] for real time interactive communication and Type B [TTY] for informational and booking type of messages. Message construction standards set by IATA and ICAO, are global, and apply to more than air transportation. Since airline reservation systems are business critical applications, and they are functionally quite complex, the operation of an in-house airline reservation system is relatively expensive.

Prior to deregulation, airlines owned their own reservation systems with travel agents subscribing to them. Today, the GDS are run by independent companies with airlines and travel agencies as major subscribers.

As of February 2009, there are only four major GDS providers in the market space: Amadeus, Travelport (which operates the Apollo, Worldspan and Galileo systems), Sabre and Shares. There is one major Regional GDS, Abacus, serving the Asian marketplace and a number of regional players serving single countries, including Travelsky (China), Infini and Axess (both Japan) and Topas (South Korea). Of these, Infini is hosted within the Sabre complex, Axess is in the process of moving into a partition within the Worldspan complex, and Topas agencies will be migrating into Amadeus.

Reservation systems like Navitaire and Radixx International hosts "ticket-less" airlines and "hybrid" - (airlines that use e-ticketing in addition to ticket-less to accommodate code-shares and interlines).

Radixx International is a hybrid travel distribution and PSS designed to enable airlines to increase revenue and profitability by expanding distribution to sell through any channel whether ticketed or ticketless.

In addition to these "standardized" GDS, some airlines have proprietary versions which they use to run their flight operations. A few examples are Deltamatic's OSS system and EDS SHARES. SITA Reservations remains the largest neutral multi-host airline reservations system, with over 100 airlines currently managing inventory.

An airline’s inventory contains all flights with their available seats. The inventory of an airline is generally divided into service classes (e.g. first, business or economy class) and up to 26 booking classes, for which different prices and booking conditions apply. Inventory data is imported and maintained through a schedule distribution system over standardized interfaces. One of the core functions of the inventory management is the inventory control. Inventory control steers how many seats are available in the different booking classes, by opening and closing individual booking classes for sale. In combination with the fares and booking conditions stored in the Fare Quote System, the price for each sold seat is determined. In most cases, inventory control has a real time interface to an airline’s Yield management system to support a permanent optimization of the offered booking classes in response to changes in demand or pricing strategies of a competitor.

Users access an airline’s inventory through an availability display. It contains all offered flights for a particular city-pair with their available seats in the different booking classes. This display contains flights which are operated by the airline itself as well as code share flights which are operated in co-operation with another airline. If the city pair is not one on which the airline offers service, it may display a connection using its own flights or display the flights of other airlines. The availability of seats of other airlines is updated through standard industry interfaces. Depending on the type of co-operation, it supports access to the last seat (last seat availability) in real-time. Reservations for individual passengers or groups are stored in a so-called passenger name record (PNR). Among other data, the PNR contains personal information such as name, contact information or special services requests (SSRs) e.g. for a vegetarian meal, as well as the flights (segments) and issued tickets. Some reservation systems also allow to store customer data in profiles to avoid data re-entry each time a new reservation is made for a known passenger. In addition, most systems have interfaces to CRM systems or customer loyalty applications (aka frequent traveller systems). Before a flight departs, the so-called passenger name list (PNL) is handed over to the departure control system that is used to check-in passengers and baggage. Reservation data such as the number of booked passengers and special service requests is also transferred to flight operations systems, crew management and catering systems. Once a flight has departed, the reservation system is updated with a list of the checked-in passengers (e.g. passengers who had a reservation but did not check in (no shows) and passengers who checked in, but did not have a reservation (go shows)). Finally, data needed for revenue accounting and reporting is handed over to administrative systems.

List of fares for travel on Delta Air Lines from San Francisco, CA to Boston, MA. Applicable booking classes, as well as specific restrictions such as minimum stay and advance purchase can be seen.

The Fares data store contains fare tariffs, rule sets, routing maps, class of service tables, and some tax information that construct the price – "the fare". Rules like booking conditions (e.g. minimum stay, advance purchase, etc.) are tailored differently between different city pairs or zones, and assigned a class of service corresponding to its appropriate inventory bucket. Inventory control can also be manipulated manually through the availability feeds, dynamically controlling how many seats are offered for a particular price by opening and closing particular classes.

The compiled set of fare conditions is called a fare basis code. There are two systems set up for the interchange of fares data — ATPCO and SITA, plus some system to system direct connects. This system distributes the fare tariffs and rule sets to all GDSs and other subscribers. Every airline employs staff who code air fare rules in accordance with yield management intent. There are also revenue managers who watch fares as they are filed into the public tariffs and make competitive recommendations. Inventory control is typically manipulated from here, using availability feeds to open and close classes of service.

The role of the ticketing complex is to issue and store electronic ticket records and the very small number of paper tickets that are still issued. Miscellaneous charges order (MCO) is still a paper document; IATA has working groups defining the replacement document the electronic multipurpose document (EMD) as at 2010. The electronic ticket information is stored in a database containing the data that historically was printed on a paper ticket including items such as the ticket number, the fare and tax components of the ticket price or exchange rate information. In the past, airlines issued paper tickets; since 2008, IATA has been supporting a resolution to move to 100% electronic ticketing. So far, the industry has not been able to comply due to various technological and international limitations. The industry is at 98% electronic ticket issuance today, although electronic processing for MCOs was not available in time for the IATA mandate. 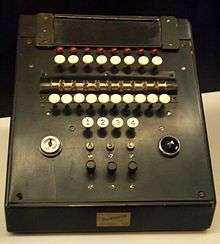 The history of computer-based airline reservations systems began in the late 1950s when American Airlines required a system that would allow real-time access to flight details in all of its offices, and the integration and automation of its booking and ticketing processes. The earliest electronic reservations system, Magnetronic Reservisor, was introduced in 1952.[1] Many years later, Sabre (Semi-Automated Business Research Environment) was developed and launched in 1964. Sabre's breakthrough was its ability to keep inventory correct in real time, accessible to agents around the world. Prior to this, manual systems required centralized reservation centers, groups of people in a room with the physical cards that represented inventory, in this case, seats on airplanes.

The deregulation of the airline industry, in the Airline Deregulation Act, meant that airlines, which had previously operated under government-set fares ensuring airlines at least broke even, now needed to improve efficiency to compete in a free market. In this deregulated environment, the ARS and its descendants became vital to the travel industry.