Open skies is an international policy concept that calls for the liberalization of the rules and regulations of the international aviation industry—especially commercial aviation—in order to create a free-market environment for the airline industry. Its primary objectives are:

For open skies to become effective, a bilateral (and sometimes multilateral) Air Transport Agreement must be concluded between two or more nations.

Since World War II, most states have invested national pride in the creation and defence of airlines (sometimes called flag carriers or legacy airlines). Air transportation differs from many other forms of commerce, not only because it has a major international component, but also because many of these airlines were wholly or partly government owned. Thus, as international competition grew, various degrees of protectionism were imposed.

A multilateral air services agreement is the same as bilateral agreement, the only difference being that it involves more than two contracting states.

The Convention on International Civil Aviation (1944), signed at Chicago (also called the Chicago Convention), was intended to prepare a framework within which civil air transport could develop (not military or other state activities whether in a piloted or drone craft). It introduced nine freedoms of the air for those states that have adopted the Convention and enter into bilateral treaties that may grant any of the following rights or privileges for scheduled international air services:

Because only the first five "freedoms" have been officially recognised by international treaties, the ICAO considers the remaining "freedoms" "so-called".

The last twenty-five years have seen significant changes in airline regulation. The United States began pursuing Open Skies agreements in 1979, and, by 1982 it had signed twenty-three bilateral air service agreements worldwide, mainly with smaller nations. That was followed in the 1990s by agreements with individual European states.

A huge step was taken in 1992 when the Netherlands signed the first open skies agreement with the United States, in spite of objections posited by European Union authorities. The agreement gave both countries unrestricted landing rights on each other's soil. Normally landing rights are granted for a fixed number of flights per week to a fixed destination. Each adjustment takes a lot of negotiating, often between governments rather than between the companies involved. The United States subsequently granted antitrust immunity to the alliance between Northwest Airlines and KLM Royal Dutch Airlines which started in 1989 (when Northwest and KLM agreed to code sharing on a large scale) and which actually is the first large alliance still functioning. Other alliances would struggle for years to overcome transnational barriers or still do so.

In 2001 the United States signed the Multilateral Agreement on the Liberalization of International Air Transportation (MALIAT) with Brunei, Chile, New Zealand, and Singapore. The United States has enjoyed a powerful negotiating position but the European Commission, as a supranational body, negotiated with the United States government on a community Air Service Agreement. These negotiations led to the text of an agreement being initialed on 2 March 2007. Contending issues are:

The EU-U.S. Open Skies Agreement was one of the most significant open skies agreements concluded in recent years, applying to civil aviation traffic between two of the world's three largest markets.

The ASEAN Multilateral Agreement on Air Services and the ASEAN Multilateral Agreement on the Full Liberalisation of Air Freight Services which were simultaneously approved on May 20, 2009 in Manila, Philippines are multilateral air transport agreements among the ten-member Association of Southeast Asian Nations. These two agreements which took effect January 1, 2010, call for a calibrated and gradual implementation in each contracting state, to allow countries with less developed airline industry to cope up with more developed ones. It is part of the broader ASEAN Air Transport Integration and Liberalization Plan.

The ASEAN Open Sky Agreement is the Southeast Asia's major aviation policy. It is geared towards the development of a unified and single aviation market among ASEAN members in Southeast Asia projected to begin 1 January 2016, though all agreements have not been signed.[1]

The Asian market, considered one of the fastest growing, remains relatively regulated at present,[2] although the phased introduction of the ASEAN open skies agreement covering ten countries in Southeast Asia from 2008 has prompted major Asian markets (including Japan,[3] China and India)[4] to consider similar initiatives.

Most of the existing civil agreements include: 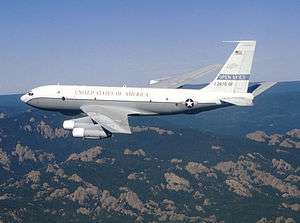 The Treaty on Open Skies, signed in Helsinki in 1992 is a multinational sacrifice of air sovereignty to enhance military transparency and build confidence by permitting observation flights over almost the full territory of each signatory state:

To illustrate the scope of the Treaty, Germany and Italy have to accept 12 overflights per year, while Russia (including Belarus) and the United States must permit 42 overflights each.

There is also a bilateral Open Skies Agreement between Hungary and Romania. In a tacit but persistent way, the United States has been promoting the idea of bilateral or trilateral Open Skies arrangements between states in South America. Similarly, there are many bilateral treaties and Memoranda of Understanding that permit military aircraft mutually to train in or transit through their airspace. For example, Singapore has such arrangements with the United States, France, and Australia.