Kumamoto Prefecture (熊本県, Kumamoto-ken) is a prefecture of Japan located on the island of Kyushu.[1] The capital is the city of Kumamoto.[2]

Historically, the area was called Higo Province; and the province was renamed Kumamoto during the Meiji Restoration.[3] The creation of prefectures was part of the abolition of the feudal system. The current Japanese orthography for Kumamoto literally means "bear root/origin", or "origin of the bear". 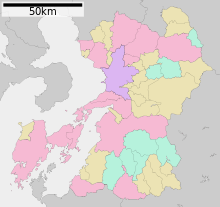 Mount Aso (1592 m), an extensive active volcano, is in the east of Kumamoto Prefecture. This volcano is located at the centre of the Aso caldera. 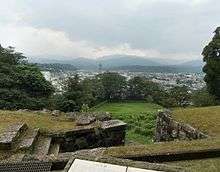 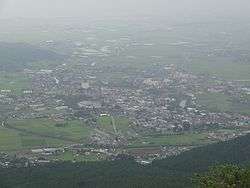 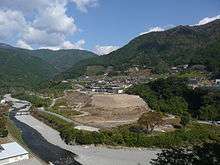 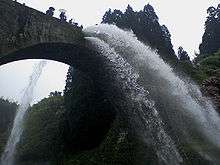 There is a Honda automobile plant.

These sports teams are based in the prefecture:

Kumamoto Prefecture is the 'sister state/prefecture' of Montana in the United States.

Kumamoto has a sister city located in Texas named San Antonio, which holds an annual fall festival 'akimatsuri' for its Japanese citizens. In 2015 the mascot, 'Kumamon' visited as an honorary ambassador during the festival located at the Japanese Tea Gardens.