Okayama Prefecture (岡山県, Okayama-ken) is a prefecture of Japan located in the Chūgoku region on the main island of Honshu.[1] The capital is the city of Okayama.[2][3][4]

Prior to the Meiji Restoration of 1868, the area of present-day Okayama Prefecture was divided between Bitchū, Bizen and Mimasaka Provinces. Okayama Prefecture was formed and named in 1871 as part of the large-scale administrative reforms of the early Meiji period (1868–1912), and the borders of the prefecture were set in 1876.[3][5] 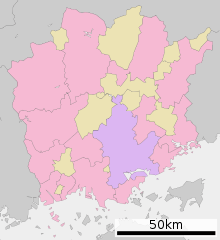 Okayama Prefecture is home to the historic town of Kurashiki. Most of the population is concentrated around Kurashiki and Okayama. The small villages in the northern mountain region are aging and declining in population - more than half of the prefectures municipalities are officially designated as depopulated.[6]

As of 1 April 2014, 11% of the total land area of the prefecture was designated as Natural Parks, namely the Daisen-Oki and Setonaikai National Parks; the Hyōnosen-Ushiroyama-Nagisan Quasi-National Park; and seven Prefectural Natural Parks.[7] 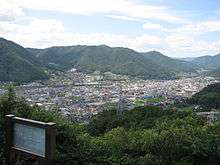 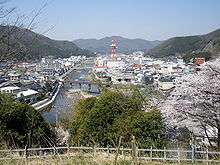 Okayama Prefecture is closely associated with the folklore hero, Momotarō. This tale is said to have roots in the legendary story of Kibitsuhiko-no-mikoto and Ura which explains that the Prince Ura of Kudara used to live in Kinojo (castle of the devil) and was a cause of trouble for the people living in the village. The emperor's government sent Kibitsuhiko-no-mikoto(Momotarō) to defeat Ura. The city of Okayama holds an annual Momotarō-matsuri, or Momotarō Festival.[4][8]

The sports teams listed below are based in Okayama. 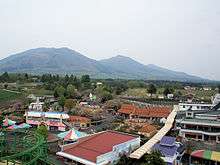 Some tourist attractions are: 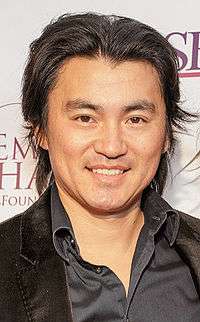