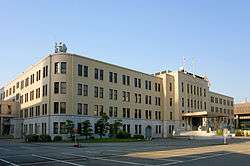 Toyama Prefecture (富山県, Toyama-ken) is a prefecture of Japan located in the Hokuriku region on the main Honshu island.[2] The capital is the city of Toyama.[3]

Toyama is the leading industrial prefecture on the Japan Sea coast, and has the industrial advantage of cheap electricity from abundant hydroelectric resources. It also contains East Asia’s only known glaciers outside Russia, first recognized in 2012.[4]

The Itai-itai disease occurred in Toyama around 1950. 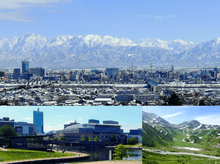 As of April 1, 2012, 30% of the total land area of the prefecture was designated as Natural Parks, namely the Chūbu-Sangaku and Hakusan National Parks; Noto Hantō Quasi-National Park; and six Prefectural Natural Parks.[6] 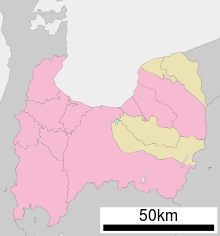 Due to the mergers in the 2000s, Toyama has the fewest municipalities of any prefecture in Japan with 10 cities, 2 districts, 4 towns, and 1 village (before the mergers took place, the prefecture had 9 cities, 18 towns, and 8 villages).

In 2014 Toyama contributed approximately 2.5% of Japan's rice production [7] and makes use of abundant water sources originating from Mount Tate. It also has many fisheries along its Sea of Japan coastline.

Kurobe Dam generates electricity for the Kansai Electric Power Company. It is located on the Kurobe River in Toyama Prefecture. 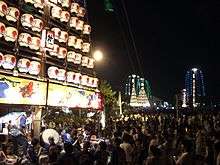 The sports teams listed below are based in Toyama.