Not to be confused with Kanagawa Prefecture.

Kagawa Prefecture (香川県, Kagawa-ken) is a prefecture of Japan located on Shikoku island.[1] The capital is Takamatsu.[2]

For a brief period between August 1876 and December 1888, Kagawa was made a part of Ehime Prefecture.[4]

Located in Kagawa's capital city, Takamatsu, the mountain of Yashima was the battlefield for one of the best-known struggles between the Heike and the Genji clans.

Kagawa is currently the smallest prefecture, by area, in Japan. Osaka Prefecture held that title until Kansai International Airport was reclaimed from the ocean in the early 1990s, pushing its land area slightly above Kagawa's. Kagawa is a relatively narrow prefecture located between the mountains of Shikoku and the sea.

As of April 1, 2012, 11% of the total land area of the prefecture was designated as Natural Parks, namely Setonaikai National Park and Ōtaki-Ōkawa Prefectural Natural Park.[5] 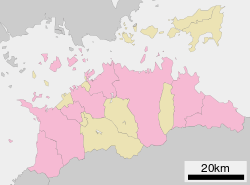 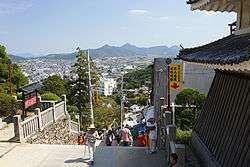 People queuing for udon in Kagawa

Sanuki udon (a type of udon noodle) is the most famous local food of Kagawa Prefecture. In 2008 there were over 700 udon restaurants in this prefecture alone.

Aside from udon, Kagawa is also famous for "hone-tsuki-dori", seasoned chicken thigh cooked on the bone. Originating from Marugame City, the dish has now become a popular dish in izakaya restaurants across the country.

Olives and olive related products have also come to be associated as Kagawa foods. As the first place in Japan to successfully cultivate olives, Kagawa has been producing olive related products since 1908. As well as winning both domestic and international awards for the quality of its olive oil, Kagawa has also created two offshoot food brands from its olive industry - "olive beef" and "olive Yellowtail". Waste organic matter from olive pressing is used as feed for cattle and the Yellowtail Amberjack. Due to the high amount of polyphenol in the olive waste, the flesh of the respective meats does not oxidize or lose colour easily.

The sports teams listed below are based in Kagawa. 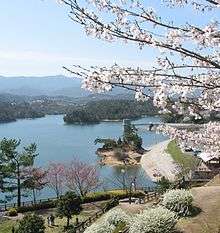 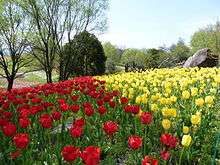 Based on its ancient name, Sanuki, Kagawa is famous for its Sanuki udon (wheat noodles). Recent years have seen an interest in Sanuki udon across Japan, and many Japanese now take day-trips to taste the many Sanuki udon restaurants in Kagawa.

Takamatsu, Kagawa Prefecture is also the main setting of the book"Kafka on the Shore" by Haruki Murakami.