In Bangladesh same-sex sexual or romantic activities are not respected, with LGBT people facing discrimination, verbal and physical abuse, and unique legal and social challenges. Same-sex sexual activity, whether in public or private, is illegal and punishable with fines and up to life imprisonment. Consequently, Bangladesh does not recognize a marriage, civil union or domestic partnership between adults of the same sex. As of 2012, discrimination on the basis of sexual orientation or gender identity has not been prohibited by a civil right law in Bangladesh. Likewise, no law exists in Bangladesh to address harassment against the LGBT community, and there appears to be no organized movement to advance LGBT rights.

The constitution has several provisions that could apply to LGBT citizens:[1]

377. Unnatural offences: Whoever voluntarily has carnal intercourse against the order of nature with any man, woman or animal, shall be punished with imprisonment for life, or with imprisonment of either description for term which may extend to ten years, and shall also be liable to fine.

Explanation: Penetration is sufficient to constitute the carnal intercourse necessary to the offense described in this section.[2][3]

In 2003, Dr. Gary Dowsett, an Australian professor, Jeffrey Grierson and Stephen McNally published a report titled A Review of Knowledge About the Sexual Networks and Behaviours of Men Who Have Sex with Men in Asia as part of a study on how the AIDS pandemic is impacting the nation.[6] The bulk of the report focused on male prostitution, but it did generate some public discussion about LGBT issues, with Indian movies and water poisoning through arsenic being blamed for making homosexuality more common.[7]

A research-based engagement with a school of public health at a university in Bangladesh recently aimed to raise public debate on sexuality and rights in a very sensitive political context. By bringing together stakeholders, including members of sexual minorities, academics, service providers, media, policy makers and advocacy organisations, the research engagement worked to bring visibility to hidden and stigmatised sexuality and rights issues. Critical steps towards visibility for sexual minorities include creating safe spaces for meeting, developing learning materials for university students and engaging with legal rights groups.[8]

In 2013 the Dhaka Tribune wrote and editorial against section 377 of the criminal code stating their belief that while most people in Bangladesh were against homosexuality, they did not want to see people put in jail for it or for the government to waste resources treating it as a crime.[9]

The first attempt to create an LGBT community in Bangladesh came as late as in 1999, when a man called Rengyu, described as a "middle aged foreign educated guy from an indigenous tribe", opened first online group for Bangladeshi gay people, called Gay Bangladesh.[10] It drew a number of over 1000 members, however, after Rengyu's death, its activity slowed down and the group itself became neglected.[10] In 2002, two other online groups were appeared on the Yahoo! portal, Teen Gay Bangladesh, moderated by Prakash and Abrar, and Boys Only Bangladesh, created by Quazi Haque. Both groups were deleted by Yahoo! authorities in December 2002, and after several re-appear attempts and name changes, the only surviving group remains Boys Only Bangladesh, now called Boys of Bangladesh (BoB). The group, whose current moderator is Tanvir Alim, is the largest network for Bangladeshi gay men, organizing numerous LGBT rights-related events in Dhaka since 2009. Boys of Bangladesh aims at building a gay community in the country and repealing Section 377.[11]

Another initiative towards promoting LGBT rights in the country is an online blog Mukto-mona (মুক্তমনা), described by its management as a "secular site for Bengali humanists and freethinkers".[12] In 2010, Dr. Avijit Roy, an independent researcher and a science writer associated with Mukto-mona, published a book titled Homosexuality – A Scientific and Socio-Psychological Investigation (Bengali: সমকামিতা : একটি বৈজ্ঞানিক এবং সমাজ-মনস্তাত্ত্বিক অনুসন্ধান).[13] The publication attempted to provide a scientific view and accessible account of homosexuality on several grounds. It was the first book in Bengali language to deal with LGBT people and their human rights.[14] 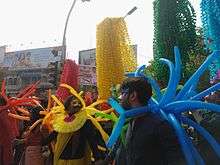 LGBT rights rally during the Pohela Boishakh (2015) in Dhaka.

In January 2014, Bangladesh’s first LGBT magazine was published. The magazine’s name is Roopbaan, a Bengali folk character who represents the power of love.[15] At the magazine’s launch, British High Commissioner Robert Gibson and Barrister Sara Hossain were present to hear the speakers. The magazine is being printed in Bangla and is accepting submissions from volunteers. The editor said the main goal of the magazine is to promote love.

Since 2014, every year at the beginning of the Bengali new year on 14 April a Pride event called Rainbow Rally was organised in Dhaka. After threats, the 2016 event had to be cancelled. On April 25, 2016 Xulhaz Mannan, one of the founders of Roopbaan and organiser of the Rainbow Rally, was killed in his apartment together with a friend.[16]

LGBT Rights and the Bangladeshi Government

Bangladesh has a law against any kind of intercourse between homosexuals. It criminalizes any intercourse that is seen as going against nature (Powell). In 2009 as well as in 2013, the Bangladeshi parliament has refused to overturn section 377. In a statement released by Mohammed Abdul Hannan, the representative of Bangladesh in the United Nations office, it was said that activities that concern the law are not considered the social norm of the country.[17] While activists have tried to get the law overturned, the government is strong on their stance.

On 23 July 2013, a lesbian couple was arrested for marrying in secret. Shibronty Roy Puja, a 16-year-old Hindu, and Sanjida Akter, 21-year-old Muslim fled their town and went to Dhaka, the capital, and got married in a Hindu ceremony. They were then arrested and threatened with life imprisonment.[18] Similarly, another lesbian couple was arrested in October 2013 for their relationship. One half of the couple was described as having short hair and identified as the husband. The police had them take sex identification tests, and the doctors stated they were both female. The case was filed under section 209, which is about unsocial activities.[19]

On 11 November 2013, hijras, who do not consider themselves male or female, were recognized as a separate gender by the Bangladeshi government in a cabinet meeting. Prime Minister Sheikh Hasina that along with males and females, hijras will also be identified as a separate gender on official documents. A survey done by the Ministry of Social Welfare showed that as of 2013, there are 10,000 hijras in the country.[20]

LGBT Organizations and their Relation to Bangladesh

Many people have turned to Boys of Bangladesh, an online gay forum to discuss their feelings and connect with similar individuals who face the same problems they do. The forum has not registered as an organization because they do not want to associate themselves with the MSM label. They do not wish to fall under the umbrella of being MSMs because they believe it is a degrading term. The group’s coordinator has stated that the MSM label is only about men having sex with other men. It is considered more than that.[21] The online forum arranges events for gay men to meet and socialize. Not all people have access to their group because they do not have access to Internet. Nonetheless, BoB has more than 2,000 registered members and they include Ph.D. holders and doctors.[21]

The UN Population Fund and Non-Government Organizations have put pressure on Bangladesh to address issues such as gay rights and sexuality education (Zaman). These issues were discussed at the Sixth Asian and Pacific Population Conference which began on 16 September 2013. Bangladesh altogether opposed the UNFPA’s idea to support LGBT rights. Bangladesh’s Permanent Representative to the UN AK Abdul Momen said that adopting such policies would go against the country’s social norms.[22]

In September 2014, At the International Conference on Population Development, Bangladesh, Bangladesh refused the idea of providing rights to the lesbian and gay community. Abdul Momen had similar comments in regards to the situation as he did last year at the Sixth Asian and Pacific Population conference. He was quoted in saying that like other Muslim or even Christian countries, Bangladesh does not support it because it does not support their values.[23] Momen reiterates that they cannot endorse it or be a part of it because the country would not be accepting of something that goes against all of their values. He said that if they allow comprehensive sexuality education, they will be showing young children videos of sex.

Bangladesh is a predominantly Muslim country. A few Islamic foundations such as the Al-Fatiha Foundation which is based in the United States support homosexuality. Their group identifies it as a natural thing and advocates same-sex relationships. A few Muslim Scholars say that while the Quran condemns same-sex lust, there is nothing written about homosexual love. They advocate and support homosexual relationships and wish for Muslim countries like Bangladesh to change their views. More and more groups are advocating for the rights of the lesbian, gay, transgender and bisexual community in Bangladesh. Religious as well as social groups are a part of this movement. While the country is still relatively behind compared to countries such as the U.S. on LGBT rights, people are making certain strides.