Under the "Total Force" concept, Puerto Rico Air National Guard units are considered to be Air Reserve Components (ARC) of the United States Air Force (USAF). Puerto Rico ANG units are trained and equipped by the Air Force and are operationally gained by a Major Command of the USAF if federalized. In addition, the Puerto Rico Air National Guard forces are assigned to Air Expeditionary Forces and are subject to deployment tasking orders along with their active duty and Air Force Reserve counterparts in their assigned cycle deployment window.

Along with their federal reserve obligations, as commonwealth militia units the elements of the Puerto Rico ANG are subject to being activated by order of the Governor to provide protection of life and property, and preserve peace, order and public safety. Commonwealth missions include disaster relief in times of earthquakes, hurricanes, floods and forest fires, search and rescue, protection of vital public services, and support to civil defense.

The mission of the 140th Air Defense Squadron involves work with a variety of satellites and systems to provide individuals in the field with real-time space situational awareness.[4]

The Puerto Rico Air National Guard came into existence as a result of the efforts led by Colonel Mihiel Gilormini also known as "El Gallo de Yauco", Colonel Alberto A. Nido and Lieutenant Colonel José Antonio Muñiz.[5] On October 26, 1947, several officers were sworn as members if the nascent PRANG.[6] On November 23, 1947, 18 officials and 33 national guardsmen were organized as a unit under Cpt. Nido.[7] The unit was assigned to the Isla Grande Airport and received its first combat aircraft of the Republic P-47 Thunderbolt model.[7] The new PRANG was subdivided into four units.[2] The entity was also assigned the 156th Tactical Combat Group, a medical unit.[2] In November 1950, the 198th was activated during the Jayuya Uprising, remaining in action for 11 days in reconnaissance and transporting supplies.[8]

In 1954 the PRANG received its first T-33 planes and the following year it received F-86 jets.[8] Aboard these jets, several members of the 198th's Flying Buccaneers broke the sound barrier, including Col. Alberto Nido, Com. Mihiel Gilormini, First Lt. Peter Kryzanowski and Second Lt. José Bloise.[9] The squadron also became distinguished since several of its members were bilingual, a novelty during these days.[10] In a subsequent inspection of Ramey, a group of eleven generals led by Gen. George Finch of the 14th Air Force, noted the progress of the 198th in five years.[11] Sgt. Eugenio Betancourt and Sgt. Rafael Altieri were decorated during this visit, receiving medals donated by the Legislature if Puerto Rico for outstanding service during the year.[12] In 1956, it was relocated at the Isla Verde Airport.[8]

After serving during the Korean War, José Muñiz was placed in charge of the 198th Combat Squadron, a function that he performed until his death on July 5, 1960.[8] During this year, the PRANG was activated to provide assistance to the government during a series of floods that affected the east coast of Puerto Rico.[13] During the Cuban Missile Crisis, all pilots were placed on alert and waiting for orders while the crisis was solved in the adjacent island.[13] In 1963, the PRANG participated in the search for Mercury Astronaut Scott Carpenter following his first orbital flight, which the 140th Radar Squadron accomplished under Col. Fred Brown.[13] The following year, personnel and supplies were sent to the Dominican Republic in response to the Dominican Civil War.[13]

Beginning in 1964, the unit was assigned the tactical combat and surveillance of the Puerto Rico air space.[7] The 198th Tactical Combat Squadron was placed under Commander Jan Johnson, receiving F-86E, F-86D, F-86H and F-104 models in 1967.[7] This same year, its home base was renamed after Lt. Col. José Muñiz and the PRANG also trained personnel for three groups IOC the Venezuelan Air Force.[8] The entity recruited poor children, hosting a camp for that population in 1970.[2] That same year, the 156th was given an award as the most prominent medical unit in all of the USNG system.[2]

One of P-47 Thunderbolts was restored for flight in 1972.[7] Towards the year's end, the PRANG was sent with supplies for the victims of the 1972 Nicaragua earthquake.[13] In 1974, the unit was sent to Honduras following the passing of Hurricane Fifi–Orlene.[13] The following year, the PRANG was sent to respond to the 1976 Guatemala earthquake.[2] In 1976, the 198th received an A7-D Corsair.[7] In 1976, the unit's double task was modified.[7] By 1977, the same year that the PRANG celebrated its 30th Anniversary, the 140th Radar Squadron was operating additional detachments at Ramey Air Force Base.[14]

Gilormini was promoted to brigadier general and served as commander until his retirement in 1975. Colonel Nido was promoted to Brigadier General and served at National Guard Headquarters as Chief of Staff for Air. Brigadier General Jose M. Portela, the youngest C-141 Starlifter aircraft commander and captain was the only reservist ever to serve as director of mobility forces for Bosnia, served as commander of the Puerto Rico Air National Guard from January 11, 2005 to November 2006.[15] 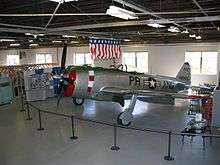 Muñiz Air National Guard Base or "Base Muñiz" in Carolina, Puerto Rico was formally named in 1963 to honor of one of the initial members of the unit who was killed in the line of duty. Lieutenant Colonel José Antonio Muñiz (full name: José Antonio Muñiz Vazquez) was lost on July 4, 1960 when his F-86D lost power on climbout for a formation fly-by. Major General Orlando Llenza, then a fellow aviator in the unit, later described the loss in the following translation:

We were short one pilot and Joe offered to stand in. I was formation lead. Right after departing the runway, his afterburner nozzles failed open, indicating a loss of power. The ejection seats in use at the time could not safely extract a pilot at low altitude and Joe went in little after takeoff. No one in the flight mentioned the event; we executed the flyover and were notified of the loss upon our return to base. Shortly after that, we received the F-86H which did not use afterburning and could fly non-stop from homestead AFB (in Florida) to San Juan unlike the previous D and E models, which had to stop for fuel at Guantanamo, Cuba. .[17]

Muñiz ANGB is the home of the Puerto Rico Air National Guard's 156th Airlift Wing and the 198th Airlift Squadron.

On 12 January 1981, the Ejército Popular Boricua (Boricua Popular Army), a Puerto Rican separatist organization, carried out multiple bombings at the Muniz Air National Guard Base. At the time, it was the largest attack on U.S. military forces since the Vietnam War. The attack was timed to coincide with the birthday of the Puerto Rican independence advocate Eugenio María de Hostos.[18] The attack incurred approximately $45,000,000 damage to ten A-7D aircraft and a single F-104 by eleven commandos of the Popular Army of Puerto Rico, also known as "The Macheteros." The unit was equipped with eighteen A-7D and one F-104 aircraft.[19]

Eleven saboteurs, disguised in military uniforms, penetrated the security fence and infiltrated the A-7 parking ramp through a hole cut in the perimeter chain link fence. Investigators believe that some, if not all, arrived near the ramp in a boat surreptitiously guided along a nearby channel. The operation occurred during USAF security police (SP) shift changeover. Security was provided by both contracted civilian guards and operations and maintenance-funded, uniformed military, full-time and part-time Air National Guard Security Policemen. The perpetrators exited using the reverse of their entry method. Choosing to strike at shift change indicates the possibility of prior surveillance or insider information. The commandoes placed approximately 25 explosive devices on the aircraft.

The planes were destroyed using individual satchels containing four sticks of Iremite (an emulsion explosive) with detonators and incendiary charges. They were time-delayed using a simple but effective watch and battery combination.[19]

The explosives were stolen from a Puerto Rican explosives factory, with the theft traced to Ejército Popular Boricua. The AFOSI (United States Air Force Office of Special Investigations) called the explosives “sophisticated”. The entire operation took less than eight minutes, and this group of semiskilled intruders was able to inflict severe damage to mission capability.[19]

Press coverage was substantial at the time of the incident, but died down quickly. This was the first peacetime incident in which USAF aircraft were destroyed by a domestic act, and the first time separatists had attacked a USAF installation on US soil. It was greatest material loss from any single attack perpetrated against the USAF anywhere in the world. The National Guard Bureau (NGB) was aware of the shortfalls in security at Muniz and of the threat, yet corrective actions had not been implemented at the time. The bombings resulted in increases in base security. It was revealed that there were to be 22 personnel, up from 11, guarding the base, funded entirely by the federal government, as well as electric devices added to the fence.[19]