A Democrat, he was first elected in a special election on 19 May 1981 and served as the House Majority Leader from 2007 to 2011.[1][2] He had previously served as House Minority Whip from 2003 to 2007, and was reelected to that post in 2011. These positions make him the second-ranking figure in the House Democratic Leadership hierarchy.

Hoyer was born in New York City, New York, and grew up in Mitchellville, Maryland, the son of Jean (née Baldwin) and Steen Theilgaard Høyer. His father was Danish and a native of Copenhagen; "Steny" is a variant of his father's name, "Steen,"[3] and Hoyer is an anglicized form of the fairly common Danish surname "Høyer." His mother was an American, with Scottish, German, and English ancestry, and a descendant of John Hart, a signer of the Declaration of Independence.[4] He graduated from Suitland High School in Suitland, Maryland.

For four years, from 1962 to 1966, Hoyer was a member of the staff of United States Senator Daniel Brewster (D-Maryland); also on Senator Brewster's staff at that time was Nancy Pelosi, who would later become a leadership colleague of Hoyer as she served as Minority Leader and Speaker of the House.[6]

In 1978, Hoyer sought the Democratic nomination for Lieutenant Governor of Maryland as the running mate of then acting Governor Blair Lee III, but lost out to Samuel Bogley 37%-34%.[9] In the same year, Hoyer was appointed to the Maryland Board of Higher Education, a position he served in until 1981.[5]

Fifth District Congresswoman Gladys Spellman fell into a coma three days before the 1980 election. She was reelected, but it soon became apparent that she would never regain consciousness, and Congress declared her seat vacant by resolution in February 1981. Hoyer narrowly won a crowded seven-way Democratic primary, beating Spellman's husband Reuben by only 1,600 votes. He then defeated a better funded Republican, Audrey Scott, in the May 19 special election by 56%-44%, earning himself the nickname of "boy wonder".[10][11][12] In the 1982 general election, Hoyer won re-election to his first full term with 80% of the vote.[13] He has only faced one relatively close contest since then, when he defeated future Governor of Maryland Lawrence Hogan, Jr. with just 55% of the vote in 1992.[14] His second worst performance was his 1996 bid against Republican State Delegate John Morgan, when he won re-election with 57% of the vote.[15] 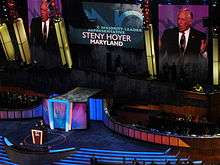 Hoyer speaks during the second day of the 2008 Democratic National Convention in Denver, Colorado. 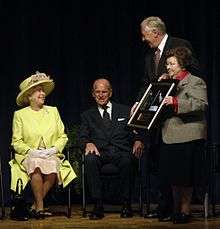 On February 28, 2014, Hoyer introduced the bill To amend the National Law Enforcement Museum Act to extend the termination date (H.R. 4120; 113th Congress) into the United States House of Representatives.[30] The bill would extend until November 9, 2016, the authority of the National Law Enforcement Officers Memorial Fund, a nonprofit organization, to construct a museum on federal lands within the District of Columbia honoring law enforcement officers.[31]

Hoyer is a prolific fundraiser for House Democrats. He has been the top giver to fellow party members in the House. In the 2008 election cycle, he contributed more than $1 million to the party and individual candidates as of July 14, 2008.[32]

In March 2007, the Center for Public Integrity reported that Hoyer's political action committee "raised nearly $1 million for congressional candidates [in the 2006 election cycle] by exploiting what experts call a legal loophole." The Center reported the following:

Campaign finance disclosure records show that the Maryland Democrat used his leadership political action committee — AmeriPAC — as a conduit to collect bundles of checks from individuals, and from business and union interests. He then passed more than $960,000 along to 53 House candidates and another quarter of a million to the Democratic Congressional Campaign Committee, data compiled from the Center for Responsive Politics Web site show. Federal law generally prohibits political action committees, including leadership PACs, which are run by politicians, from receiving more than $5,000 each year from a single donor or giving more than $10,000 to a single candidate ($5,000 each for the primary and the general election). But Hoyer collected as much as $136,000 from one labor union committee and distributed more than $86,000 to a single Congressional race.[33]

The only media to cover the report, the Capital News Service, quickly pointed out how common and legal the practice is:

"That's like saying somebody who deducts mortgage interest on their taxes is exploiting a tax loophole," said Nathaniel Persily, a campaign finance expert and University of Pennsylvania Law School professor. "What exactly is the problem?"

What Hoyer, a lawyer, did was perfectly legal, the Federal Election Commission said, too. In fact, his insistence on detailed reporting made tracking the funds easier.[34] 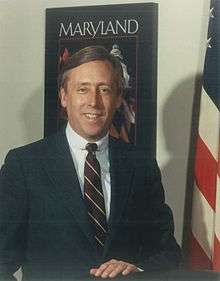 An earlier congressional portrait of Hoyer.

Fifth District Congresswoman Gladys Spellman fell into a coma three days before the 1980 election. She was reelected, but it soon became apparent that she would never regain consciousness, and Congress declared her seat vacant by resolution in February 1981. Hoyer narrowly won a crowded seven-way Democratic primary, beating Spellman's husband Reuben by only 1,600 votes. He then defeated a better funded Republican candidate in the May 19 special election, earning himself the nickname of "boy wonder".[10] He won the seat for a full term in 1982 and has been reelected 14 times with no substantive opposition, and is the longest-serving House member from southern Maryland ever.[8]

Hoyer has served as chair of the Democratic Caucus, the fourth-ranking position among House of Representatives Democrats, from 1989 to 1994; the former co-chair (and a current member) of the Democratic Steering Committee; and as the chief candidate recruiter for House Democrats from 1995 to 2000. He also served as Deputy Majority Whip from 1987 to 1989.[5]

Pelosi became the Speaker of the House in January 2007. Hoyer was elected by his colleagues to be House Majority Leader for the 110th Congress, defeating John Murtha of Pennsylvania by a vote of 149-86 within the caucus, despite Pelosi endorsing Murtha.[1][36] Hoyer is the first Marylander to become Majority Leader.[37] and became the highest-ranking federal lawmaker in Maryland history.[8] In this post, Hoyer was the floor leader of the House Democrats and ranked second in the leadership after the Speaker who is the actual head of the majority party in the house.

The day after the 2010 midterms elections in which the Democrats lost control of the House, Hoyer had a private conversation with Pelosi and stated that he would not challenge her bid for Minority Leader (for Pelosi to remain Democratic House Leader).[38] He ran for minority whip, but was challenged by outgoing Majority Whip Jim Clyburn (the top House Democrats want to remain in the leadership, but the minority party in the House has one less position). Hoyer is moderate while Pelosi and Clyburn are more liberal, and a significant number of Hoyer's would-be supporters in the House who were moderate and conservative Democrats had been defeated for re-election.[39][40][41] The Congressional Black Caucus backed Clyburn, while 30 House Democrats have supported Hoyer, and Hoyer has also raised money and campaigned for many candidates.[42][43] Hoyer received further support from outgoing Foreign Affairs Committee Chairman Howard L. Berman, Financial Services Committee Chairman Barney Frank, and outgoing Energy and Commerce Committee Chairman Henry A. Waxman[44] Pelosi intervened in the contest by supporting Hoyer as Minority Whip, while creating an "Assistant Leader" position for Clyburn which would keep him as the third-ranking Democrat in the House behind Pelosi and Hoyer (the existing "Assistant to the Leader" post currently held by Chris Van Hollen is not officially part of the House leadership and was directly appointed by the Minority Leader).[45][46]

Hoyer has three daughters from his marriage to Judy Pickett Hoyer, who died in 1997. In 2012, after Hoyer announced his support of same-sex marriage, his daughter Stefany Hoyer Hemmer came out as a lesbian in an interview with the Washington Blade.[51]

His wife was an advocate of early childhood education, and child development learning centers in Maryland have been named in her honor ("Judy Centers").[52] She also suffered from epilepsy, and the Epilepsy Foundation of America sponsors an annual public lecture in her name.[53] Hoyer, too, has been an advocate for research in this area, and the Epilepsy Foundation presented him in 2002 with their Congressional Leadership Award.[54]

Hoyer serves on the Board of Trustees for St. Mary's College of Maryland[5] and is a member of the board of the International Foundation for Electoral Systems, a nonprofit that supports international elections.[55] He is also an Advisory Board Member for the Center for the Study of Democracy