Takamatsu (高松市, Takamatsu-shi) is a city located in central Kagawa Prefecture on the island of Shikoku in Japan, and is the capital city of the prefectural government. It is designated a core city by the Japanese Government. It is a port city located on the Seto Inland Sea, and is the closest port to Honshu from Shikoku island. For this reason it flourished under the Daimyo (feudal lords) as a castle town in the fiefdom of Takamatsu, during the Edo Period. Takamatsu is a city with a large concentration of nationwide companies' branch offices, which play a large role in its economy, and it contains most of the national government's branch offices for Shikoku. The castle tower formerly used as the symbol of the city was destroyed during the Meiji Period. In 2004, construction of the Symbol Tower, the new symbol of Takamatsu, was completed. The Symbol Tower is located in the Sunport area of the city. The Symbol Tower is the tallest building in Takamatsu, and is right next to another tall building The JR Clement Hotel (formerly the ANA Clement Hotel), which is also part of the Sunport complex. 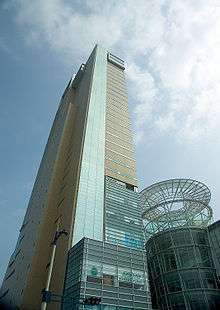 The Takamatsu metropolitan region has a population of 838,788 (as October 1, 2005), making it the largest in Shikoku. Takamatsu Airport is located in Takamatsu.

On September 26, 2005, the town of Shionoe (from Kagawa District) was merged into Takamatsu.

The city was officially founded on February 15, 1890. It had been a political and economic center in this area since the Edo period when the Matsudaira clan made Takamatsu the capital of their han.

Takamatsu was selected as a target by the United States' XXI Bomber Command because the city was thought to be an important focal point of Shikoku's rail and road transit systems, and containing some industry vital to supporting the war effort.

The city's major tourist attraction is Ritsurin Garden, a feudal lord garden created in the Edo period. Designated as a Special Place of Scenic Beauty by the Japanese government, Ritsurin Garden is especially popular during spring and autumn where night-time illuminations showcase cherry blossoms and autumn colours respectively.

Takamatsu Castle is known for using seawater in its moat and recently the old keep of the castle was successfully restored and opened for public viewing.[3]

In the east of Takamatsu City lies the Yashima lava plateau which is home to various sightseing spots. At the base of the mountain is the open air museum Shikoku Mura where aspects of regional history and culture are exhibited. On the mountain itself is Yashima-ji, number 84 of the Shikoku 88 temple pilgrimage. At the top of the mountain there is also an observation deck which offers views across the Seto Inland Sea.

Takamatsu also acts as a hub to access various islands of the Seto Inland Sea. These include, Megijima, Ogijima, Naoshima, Teshima and Shodoshima. Since 2010, Takamatsu, along with these islands and more, has been host to the Setouchi Triennale, a contemporary art festival with many outdoor exhibitions by prominent artists from across the world.

Companies headquartered in the city include:

Asiana Airlines operates a sales office on the twelfth floor of the Nihon Seimei Ekimae Building in Takamatsu.[6]

JR Shikoku Takamatsu Station has trains to Okayama Station on Honshū via the Seto-Ōhashi Bridge, and to destinations around Shikoku. A local tram service operated by Kotoden connects much of Takamatsu. The Kotoden trains leave from Takamatsu Chikko Station, a much smaller station than Takamatsu Station, and Kawaramachi Station, a station located within the Flag Department store of Takamatsu. This train service, as well as local buses operated by Kotoden accept a contactless payment card for travel called an IruCa.[7]

Long distance coach services operate from the city to destinations such as Ōsaka, Kyoto, Tokyo, and Hiroshima.

Takamatsu is twinned with:

Takamatsu has friendship arrangements with: 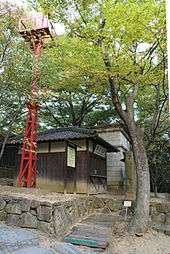 Takamatsu has a humid subtropical climate (Köppen climate classification Cfa) with hot summers and cool winters. Some rain falls throughout the year, but the months from May to September have the heaviest rain.