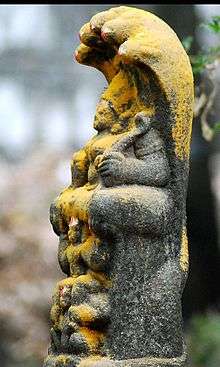 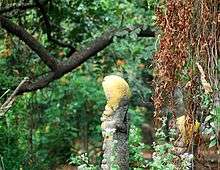 Sarpa Kavu (meaning Abode of Snakes) is a traditional natural sacred space seen near traditional homes in Kerala state of South India. The site is believed to be inhabited by snakes, and the area usually contains a representation of Naga Raja (King of the Snakes) and other Naga Devatas (snake deities), where offerings and rites are performed during special ceremonies. This is a Brahminical ritual performed by certain sects of Nambudiris, and all castes hold the Sarpa Kavu in reverence, with access forbidden to the area unless for due ceremonies.

According to tradition, Kerala was created from the Arabian Sea by Parasurama and donated to Brahmins as a compensation for the sin of having slaughtered numerous Kshatriya dynasties. The land was covered in forest and home to snakes, and found to be inhospitable by Brahmins, who refused to stay there. Parasurama requested Lord Shiva to provide a solution, who advised that the Brahmins should start worshipping Ananta, the King of Snakes, and the bed on which Lord Vishnu reclines.[1]

Sarpa Kavus even help in soil and water conservation besides preserving its rich biological wealth. The ponds and streams adjoining the groves are perennial water sources. These are the last resorts to many of the animals and birds for their water requirements, especially during summer. Sacred groves also enrich the soil through its rich litter composition. The nutrients generated thus are not only recycled within the sacred grove ecosystem but also find their way into the adjoining agroeco systems.

This article is issued from Wikipedia - version of the 7/8/2015. The text is available under the Creative Commons Attribution/Share Alike but additional terms may apply for the media files.