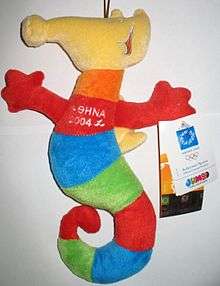 Three new events were introduced to the Paralympics in Athens; 5-a-side football for the blind, quads wheelchair tennis, and a women's competition in sitting volleyball. Following a scandal at the 2000 Summer Paralympics, in which the Spanish intellectually-disabled basketball team was stripped of their gold medal after it was found that multiple players had not met the eligibility requirements, ID-class events were suspended.[1][2]

A total of 1567 medals were awarded during the Athens games: 519 gold, 516 silver, and 532 bronze. China topped the medal count with more gold medals, more silver medals, and more medals overall than any other nation. In the table below, the ranking sorts by the number of gold medals earned by a nation (in this context a nation is an entity represented by a National Paralympic Committee).

Among the top individual medal winners was Mayumi Narita of Japan, who took seven golds and one bronze medal in swimming, setting six world records in the process and bringing her overall Paralympic gold medal total to fifteen. Chantal Petitclerc of Canada won five golds and set three world records in wheelchair racing, while Swedish shooter Jonas Jacobsson took four gold medals.[3] France's Béatrice Hess won her nineteenth and twentieth Paralympic gold medals in swimming. Swimmer Trischa Zorn of the United States won just one medal, a bronze, but it was her 55th ever Paralympic medal. She retained her position as the most successful Paralympian of all times.[4] 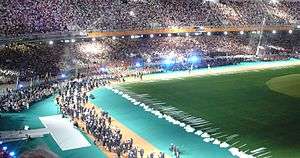 From the Paralympics opening ceremony

The opening ceremony for the 2004 Summer Paralympics took place on September 17, 2004. The show started with children passing on knowledge and raising their lights to the sky. This was a reference to Hippocrates, who transferred knowledge to the children. A 26 meters tall olive tree (with more than 195,000 leaves) symbolising life stood in the middle of the arena. The opening ceremony also featured a performance with human drama, with light and with music, in an allegory about obstacles and limits. The Parade of Delegations was accompanied by the music of French composers Yves Stepping and Jean Christophe. The music told the legend of Hephaestos, god of fire and son of Zeus and Hera. An athlete from Turkmenistan propelled himself around the stadium by doing somersaults. Greece, the home team, received a strong cheer. After that, fireworks erupted at the stadium. There were 150 local support staff involved and 400 volunteers. The children were from ages 8 to 17, coming from Australia, France, Spain, Greece and Germany. The Games were officially declared opened by Greek president Costis Stephanopoulos and Philip Craven, the president of the International Paralympic Committee. They were accompanied by the head of the organizing committee Gianna Angelopoulos-Daskalaki, who told the athletes and the audience: "The Olympic flame illuminates athletes. Many of you will leave Athens with medals, but all of you will leave as champions." Phil Craven quoted Democritus in his speech: "Two thousand years ago, Democritus said 'To win oneself is the first and best of all victories.' This holds true for all athletes, but especially for Paralympians. Recognising and cultivating your unique abilities and mastering challenges – you set standards and give expression for many people, young and old, around the world." The Paralympic flame was lit by Greek athlete Georgios Toptsis.

The closing ceremony for the 2004 Summer Paralympics took place on September 28, 2004. The traditional cultural display was removed from the ceremony as a mark of respect for the deaths of seven teenagers from Farkadona, travelling to Athens, whose bus collided with a truck near the town of Kamena Vourla.[5][6]

"The Athens Olympics Organising Committee [ATHOC] has decided to cancel the closing ceremony of the 12th Athens Paralympics as initially planned and scheduled because of the tragic accident that cost the life of pupils. The artistic and entertainment part of the ceremony will not take place." (official statement)[6]

Flags were flown at half mast and a minute's silence was observed. In contrast with the formal nature of the opening ceremony, the athletes entered the stadium for the final time as a collective. The flag of the IPC was then officially handed over to the 2008 hosts, Beijing. An artistic presentation to acknowledge Beijing as the next host was still shown, which also unveiled the IPC's new logo. A procession of young people then made their way to join the athletes in the centre of the stadium carrying paper lanterns, before the Paralympic flame was extinguished, the final moment of the Paralympic Games.[7]

Although the Paralympic Games were broadcast to around 1.6 billion viewers throughout 49 countries,[8] some controversy was caused when no American television network stayed to broadcast the event.[9] This resulted in some US viewers having to wait almost 2 months until the coverage was broadcast, compared with live feeds in the UK and other countries.[10]

Sports featured in the 2004 Summer Paralympics

The Swedish men's goalball team at the 2004 Paralympic Games; the team won a silver medal

Results for individual events can be found on the relevant page.

Athletes from 135 nations competed in the Athens Paralympics.[12]