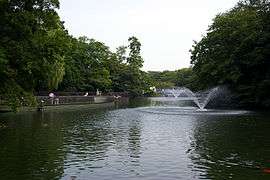 Musashino (武蔵野市, Musashino-shi) is a city located in the western portion of Tokyo Metropolis, in the central Kantō region of Japan. As of 1 February 2016, the city had an estimated population of 143,868 and a population density of 13,090 persons per km². Its total area was 10.98 square kilometres (4.24 sq mi).[1]

Musashino is located in the Musashino Terrace of central Tokyo Metropolis, bordered by the 23 Special Wards of Tokyo. 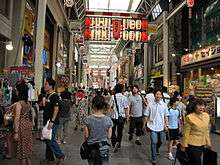 The area of present-day Musashino was part of ancient Musashi Province. In the post-Meiji Restoration cadastral reform of July 22, 1878, the area became part of Kitatama District in Kanagawa Prefecture. The village of Musashino was created on April 1, 1889 with the establishment of municipalities law. Kitatama District was transferred to the administrative control of Tokyo Metropolis on April 1, 1893. Musashino was elevated to town status in 1928.Nakajima Aircraft Company has an aircraft engine plant in Musashino, which became a target for American bombers in World War II. Musashino was elevated to city status on November 3, 1947.

Musashino is largely a bedroom community for central Tokyo.

The electrical engineering and software company Yokogawa Electric has its headquarters in Nakacho, Musashino.