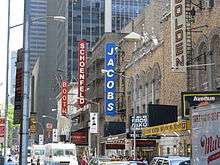 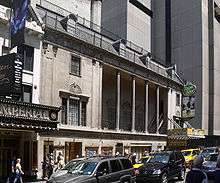 The area home to a large concentration of Broadway theatres, many belonging to The Shubert Organization, including:

The street is also occupied by large buildings on three corners: