The route officially begins at Beekman Place which is on a hill overlooking FDR Drive. 51st continues for a few feet east of the intersection but the street sign refers to it as Peter Detmold Park (a reference to the dog park at the bottom of the hill) which has a pedestrian walk way over the FDR to the East River. 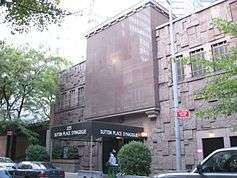 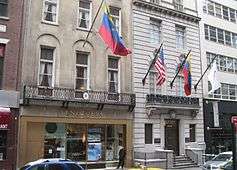 Sixth and a Half Avenue

The route concludes at the West Side Highway (New York Route 9A). Opposite the intersection is the New York Passenger Ship Terminal and the Hudson River